Louisville-based Michter’s Distillery began shipping the 2021 release of its 10 Year Bourbon this month. Michter’s 10 Year Kentucky Straight Bourbon is 94.4 proof and was stored in the Michter’s heat-cycled warehouses. It will sell for a suggested retail price of $150 in the U.S.

“When we heat cycle, it increases the interaction between the whiskey and the wood allowing us to extract more character from the barrel resulting in a truly rich and exceptional whiskey that is not overly oaked,” Michter’s Master of Maturation Andrea Wilson added. 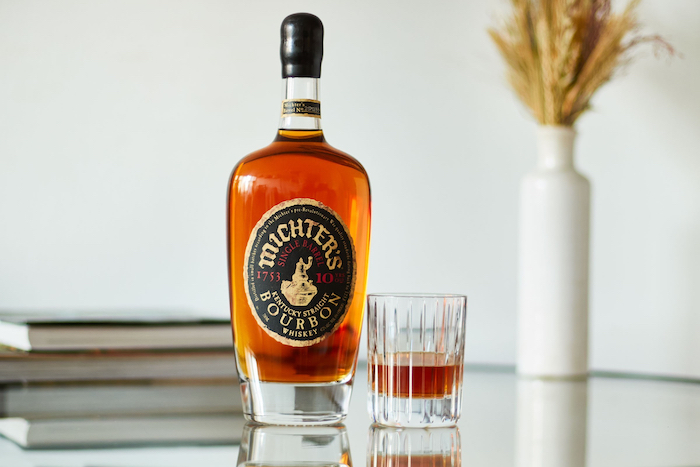 This release comes after the brand set a record for a barrel of bourbon purchased at an auction last July. The distillery sold a private barrel selection of its 10 year Kentucky Straight Bourbon at this auction in London for £166,000 (nearly $210,000 USD at the time). “It’s wonderful to see the growing recognition that well-made bourbon, rye, and American whiskey are having around the world,” Joseph J. Magliocco, Michter’s President, said.

Michter’s, for those unfamiliar with it, has its main distillery in the Shively section of Louisville, along with two other sites in Kentucky. The distillery’s 145-acre farming estate sits in Springfield, and its second distillery location is in downtown Louisville at the historic Fort Nelson building. It’s located on West Main Street opposite Louisville Slugger on the same block as the Frazier Museum. This facility uses a pot still system from the original Michter’s Pennsylvania Distillery and has educational tours with whiskey tastings for visitors, as well as its cocktail-focused the Bar at Fort Nelson.

27
Shares
3k
Views
Share on FacebookShare on TwitterGet Our Newsletter
Cheers to the Dads! Personalize a bottle of his favorite whiskey to create a modern gift for the modern man. Use code: FATHERSDAY20 for $20 off your next order of $100 or more at ReserveBar