Editor’s Note: This column is reposted with the permission of Chuck from his blog.

Picking up on our story from last week, about Beam Suntory’s plan to convert Baker’s Bourbon into a single barrel product, Gear Patrol predicted that “Jim Beam’s Forgotten Bourbon Brand Is About to Become a Whiskey Darling.”

Although Beam has produced some single barrel products as line extensions, most notably with Knob Creek, this will be the company’s first single barrel brand. As the name suggests, a single barrel whiskey is 100 percent the product of one barrel. The significance of a single barrel whiskey is that each barrel has to be carefully selected. For most whiskey bottlings, multiple barrels (sometimes hundreds at a time) are emptied and mixed together. This provides a uniform product and also allows a product to be tailored to match a brand’s profile, through the addition of whiskey with certain needed characteristics such as more age. With a single barrel, there is nowhere to hide. 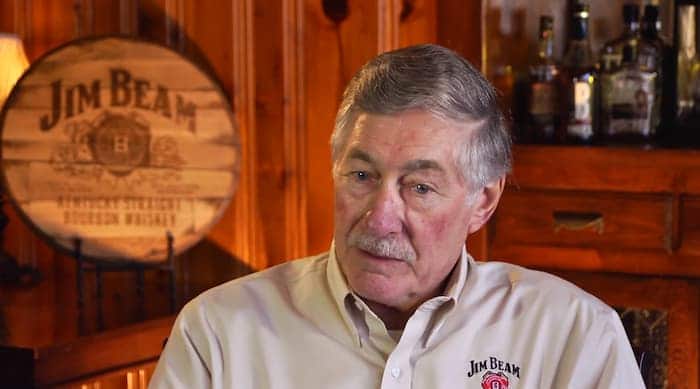 Baker’s Bourbon will continue to be an age-stated 7-year-old and bottled at 107° proof. The change to single barrel, alone with an updated label design, is scheduled to take place later this year, probably in time for the holiday gift season.

Baker’s was launched in 1992 as one of four bourbons in the Jim Beam Small Batch Bourbons Collection, along with Knob Creek, Booker’s, and Basil Hayden. Baker’s was named for Baker Beam, who had at that time only recently retired as day shift Master Distiller at the Jim Beam Distillery in Clermont. His younger brother David worked the night shift. Baker and David are the sons of Carl ‘Shucks’ Beam, who preceded them as Clermont’s Master Distiller.

There is a beautiful, old wood-frame house on the distillery grounds. It is part of the tour and called the Jere Beam House, after Jim Beam’s son for whom it was built. After Jere, Shucks and his family lived there, so that’s where Baker and David grew up. Along with their cousin, Parker Beam, they used to ride bikes in Bernheim Forest, which is right across the road from the Beam distillery.

That house figures in the story Baker tells in the clip (above) from the Louie B. Nunn oral history project.

Like most Beams I know, Baker is fond of trucks. For years after he retired, he would show up at the distillery to ride along in the trucks going to Indiana to get corn. In addition to the ride, he liked to visit with his buddies at the silo.

Although he appeared in some print ads in the 1960s, soft-spoken Baker has never been a company spokesperson. That’s not his style.

Baker will celebrate his 83rd birthday later this summer. As a courtesy, the company shared its planned changes with him. He expressed some concerns, mostly about the new label design, which has not yet been released.