Luxco will release its Remus Repeal Reserve Series V Straight Bourbon Whiskey this September in a limited annual release. The whiskey brand was previously managed by MGP, but since its acquisition of Luxco operation of MGP developed brands has seemingly fallen to the Luxco team.

The Series V is the fifth edition of the award-winning Remus Repeal Reserve Bourbon collection. It was produced to commemorate the repeal of Prohibition in 1933 and showcases a medley of five bourbons ranging from 2005 to 2008.

“Remus Repeal Reserve has been such an amazing journey for our distillery team, and we wanted to do something extraordinary for our fifth-year anniversary,” said Luxco Master Blender David Whitmer in a prepared statement. “Series V exemplifies what our Remus Repeal collection stands for: to showcase the incredible range of medleys and aged reserves we work with in Lawrenceburg. Whether this is your first taste of our Remus Repeal collection or your fifth, Series V represents a particularly special opportunity for us to show you what great bourbon can be.” 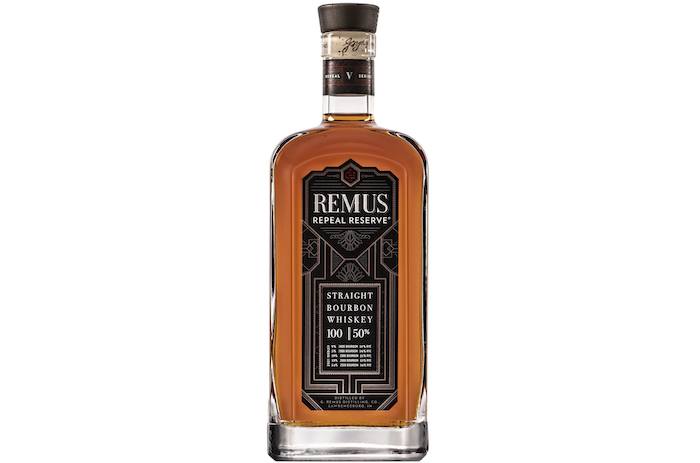 The edition is named after the “King of Bootleggers,” one George Remus, and produced at MGP’s 174-year-old distillery in Lawrenceburg, Indiana.

Remus Repeal Reserve Series V will be sold at a suggested retail price of $89.99 per 750ml bottle and will be available in limited quantities in September 2021 during National Bourbon Heritage Month. It is bottled at 100 proof/50% alcohol by volume.