Heaven Hill has, for a good amount of time now, been releasing a few times a year new bottlings of its Old Fitzgerald Bottled-in-Bond bourbon in a nice, retro style decanter. We are now on to the fall 2020 version of it, with what’s most notable about this offering being the age of it.

The new Old Fitzgerald Bottled-in-Bond Kentucky Straight Bourbon Whiskey (Fall 2020), according to those behind it, is a 14 year old American whiskey that’s comprised of barrels produced in the fall of 2005 and bottled this fall. It is the sixth such release in this series, and also marks the first time a 14 year old has been chosen for this nationally released bourbon. 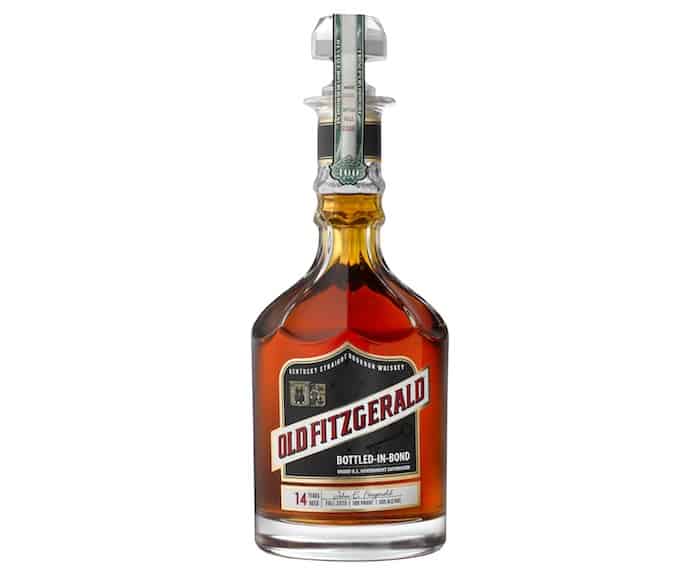 Bottled in an ornate decanter, the brand noted, “the fall edition denotes a black label, consistent across all fall releases. As was the case for the past editions, this edition’s tax strip, which has always been a signature of transparency on bottled-in-bond products, will disclose when the liquid was produced and bottled.”

As it stands now plans call for this allocated release, bottled at 100 proof, to be available this month for around $140 per 750 ml bottle. As a side note a previous 14-year-old edition was released as a visitors center and Kentucky allocated product, denoted with a red label. The fall 2020 edition, meanwhile is going national, as mentioned above, and features bourbon pulled from different rick houses, at different floors, and on different production dates than the red label release.