This whiskey is hand-crafted from Virginia corn, wheat and malted barley and aged for four years in new American Oak barrels. 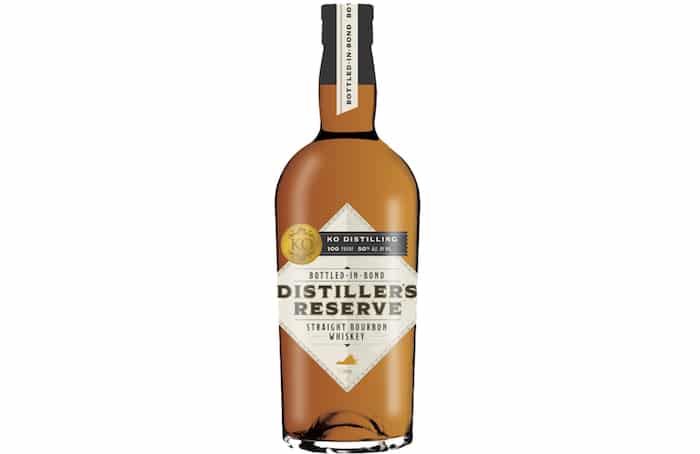 “Four centuries ago, the first American whiskey was distilled in Virginia, giving birth to a new industry which has endured against unfathomable odds,” said Bill Karlson, Co-Founder & CEO, KO Distilling, in a prepared statement. “That spirit of perseverance, distilled through 400 years of craft, is proudly represented with our Bottled-in-Bond Distiller’s Reserve Straight Bourbon Whiskey.”

The Distiller’s Reserve has become available this month, starting in Virginia, D.C. and Maryland in November. It is 100 proof and crafted from a a mash bill 70% corn, 20% wheat, and 10% malted barley. It’s also distilled by KO Distilling in one season, helping it meet the requirement for bottled in bond, and will be sold for around $70 per 750 ml bottle.

Official tasting notes speak of beginning with “warm vanilla, layered over soft green oak. The vanilla quickly turns to caramel, accompanied by hints of baking spice and dried apricot. After more time and two or three drops of water, the caramel morphs into rich English Toffee with hints of toasted almonds and a dusting of dark cocoa.

“The overall aroma is soft and inviting with a richness expected in a Bourbon with a little more time in the barrel.”

KO Distilling, for those that don’t know about it, was founded by long-time friends and U.S. Merchant Marine Academy classmates Bill Karlson and John O’Mara. Taking a letter from each of their names, KO Distilling was formed. They produce a good number of other whiskeys plus some gins. Interestingly some of their products can be found at package stores for the U.S. Navy, the U.S. Marine Corps and the U.S. Coast Guard.

22
Shares
928
Views
Share on FacebookShare on TwitterGet Our Newsletter
Free shipping on any Bruichladdich product at ReserveBar with code BRUICHLADDICH! Valid 7/30-12/31. Shop Now!