Editor’s Note: This is a repost of an article which first appeared on bourbon writer Chuck Cowdery’s blog.

After 24 years, whiskey is being made in Owensboro again. Although the official Grand Opening of the O. Z. Tyler Distillery is this Thursday, September 1, the first barrels were filled last week.

O. Z. Tyler is a revival of the old Medley Distillery, home of Ezra Brooks and other bourbons, which United Distillers (now Diageo) acquired in 1991 and closed in 1992.

O. Z. Tyler is owned by Terressentia, which is based in North Charleston, South Carolina. The company is best known for its patented TerrePURE process, which uses ultrasonic energy, heat, oxygen, and other factors to improve the quality and taste of distilled spirits products. The company has built a successful business making bottom shelf whiskeys a little more palatable, successful enough that the company needed a more reliable source of whiskey, hence O. Z. Tyler (named after one of the inventors of the process).

Amidst the current building boom in whiskey distilleries, O. Z. Tyler is unique for a couple of reasons. Both Brown-Forman’s Woodford Reserve and the former Old Taylor Distillery, now known as Castle and Key, are revived distilleries that were silent much longer and in much worse shape when their restoration began. Charles Medley, the Owensboro distillery’s last master distiller, bought it from United. Although he was never able to reopen it, Charles managed to keep the plant in good repair. A decade ago, he sold it to the Trinidadian company that makes Angostura Bitters, which began the restoration until it was rocked by the world financial crisis in 2009. 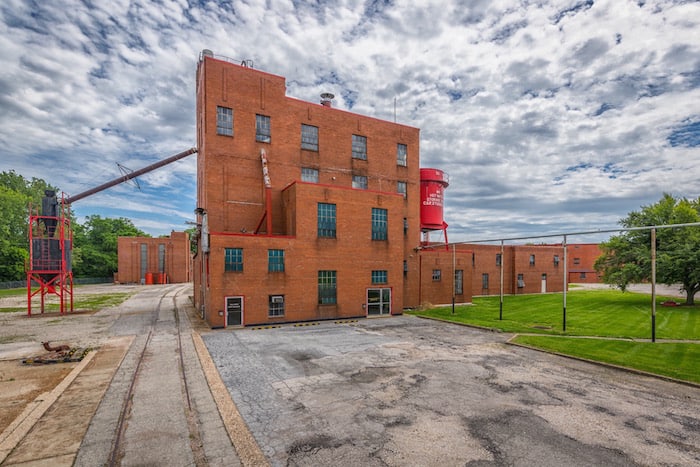 Charles Medley, who celebrates his 75th birthday on September 1, appears in this video on behalf of the new owners.

The centerpiece of any distillery is its beer still. The existing one at Medley was in good shape, but Terressentia President Earl Hewlette wanted to go bigger, so he had Vendome make him a new 54″ diameter column. It’s not the biggest still in Bourbondom, Beam and Daniel’s have some 72″ monsters, but it’s the biggest among the newcomers. The fermenters and boiler are also new but much of the other equipment was retained.

Although it begins a new era today, the distillery had a long association with the Medley family. Like many whiskey-making clans, the Medleys started with a small, farm-based operation in Central Kentucky early in the 19th century. The patriarch was John Medley. When he died in 1814 his estate included two stills and forty mash tubs.

Medley sons followed their fathers throughout the 19th century until, in 1901, George Medley and a partner bought a distillery in Daviess County, 130 miles to the west. (Pronounce it  ‘Davis’ despite the spelling.) That distillery was adjacent to the current one. George’s son, Thomas, joined and then succeeded his father in that venture.

Kentucky is a small state and distilling is a very collegial business. Then as now, all of Kentucky’s main distillers were acquainted with one another. Like the Medleys, the Wathens had been early settlers in Washington County, part of a community of Catholics who all came west together from Maryland. By the close of the 19th century, the three Wathen brothers; John Bernard, Nick, and Nace, were  among the most successful distillers in Kentucky. Old Grand-Dad was one of their brands.

Nick Wathen had a daughter named Florence Ellen. Tom Medley courted and married her. They had six sons who all worked in the family business. One of them was named Wathen Medley, to signify the blending of two long Kentucky distilling traditions. Charles Medley is his son.

The first distillery on the current site was built in 1885. It was called McCullough and, later, Green River. Fire destroyed most of Green River in 1918 and the rest was razed during Prohibition. Someone tried to bring it back after repeal as the Sour Mash Distillery. They built the current buildings, distilled 1,349 barrels of whiskey, ran out of money, and closed in 1939.

The first distillery owned by a Medley after Prohibition was a third place in that same general area, just north of the Green River site, built in around 1881. It was best known as Rock Spring Distilling. Tom Medley bought it and brought it back after Prohibition, running it until his death in 1940, at age 64. Wathen sold it to Fleischmann’s and bought the adjacent Green River place, which he renamed the Medley Brothers Distillery. Wathen sold the company in 1959 but the new owners kept the name. Wathen, Charles and Wathen’s brother John stayed. Two other brothers, Tom Jr. and Ben, went off to start another distillery nearby, called Old Stanley.

Terressentia owns none of the old Medley brands and none of the brands it does own are household names. The company plans to make traditional bourbon and rye, some of which it will subject to its TerrePURE process. It will compete in the bulk whiskey market with MGP, and probably develop its own brands eventually. It is not open to the public right now, but a visitors center and participation in the Kentucky Bourbon Trail are in the cards.

O. Z. Tyler may be the only working distillery in Owensboro but it is not the only producer. On the site of the old Glenmore Distillery, on the east side of town, Sazerac has several aging warehouses and a large bottling and distribution facility.