Lexington-based Bluegrass Distillers announced recently plans to expand its operations with the purchase of Elkwood Farm in Midway, KY.

The new location is set to hold an expanded distillery, barrel warehouses, visitor center and event space, as well as a tasting room in the historic Elkwood Mansion, which was built in 1835. The production facilities are being designed to facilitate contract distilling and a bottling operation, allowing the company’s production capacity to increase from a little less than 1 barrel a day to approximately 20 barrels per eight-hour shift. 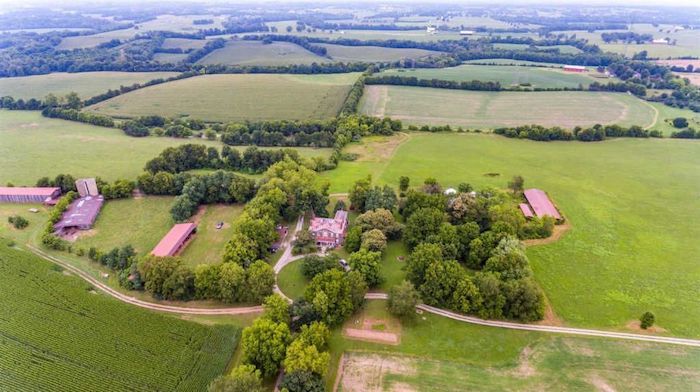 With the project set to highlight the grain to glass bourbon production, the company will grow approximately 40-45 acres of blue and yellow corn on the property, with plans to donate spent grains to local farmers.

“We are thrilled to be moving our operations to Elkwood Farm in Midway, KY.,” said Sam Rock, one of Bluegrass Distillers’ owners, in a prepared statement. “We have been looking in Midway for over 3 years, and at this particular location for most of that time. So it was the date we always wanted. The layout of the farm and the history of the structures make for a perfect venue to demonstrate grain to glass bourbon production. We can now grow blue corn on our own land, and will have spent grains for local farmers.”

Bluegrass Distillers started from scratch, mashing each ounce of grain by hand, and opened its doors in 2013 at its current distillery in the local Bread Box building. Following construction and renovations, distilling operations are set to begin and the grounds will open for visitor tours, as well as family-friendly community events and concerts in the summer of 2021. Until then, whiskey-lovers are able to book a tour at the current distillery online through the distillery’s website. Due to current limitations, the distillery is not accepting walk-ins.