Kentucky Owl Bourbon: The Back Story of A True Cult Whiskey

Charles Mortimer Dedman’s life as a Kentucky distiller was fairly typical for its time, successes and defeats. He created Kentucky Owl Sour Mash Bourbon Whiskey in 1879 and saw it do well until 1916’s pre-Prohibition days. He, like many of his peers, was ordered to cease production and ship his barreled liquid to government warehouses. To add misery to that madness, those warehouses mysteriously burned, Dedman never received payment for the lost whiskey, and he never returned to distilling. 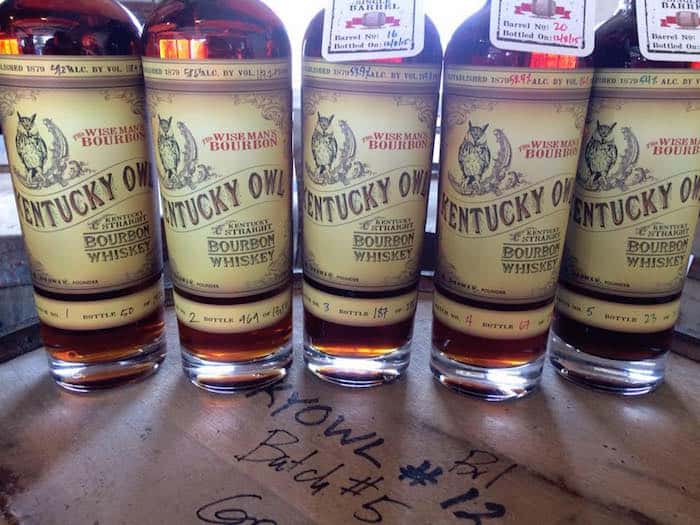 The trio knew it was good, but retailers saw something more in the liquid and the story of an historic brand literally rising from the ashes—and priced it at $175 per bottle at the whiskey’s introduction. Southern culture magazine, Garden & Gun, took notice of the Owl’s high-flying reviews and prices and regaled it with a prestigious Made in The South award.

All the buzz around this bourbon makes the 34-year-old Dedman shake his head. When he visits whiskey events, fans treat him as a star in the business and ask for autographs and pictures with him. He views Kentucky Owl as the realization of the family’s desire to resurrect the brand, but he views his true life’s work as a fifth-generation operator of the Beaumont Inn in Harrodsburg, Ky. Whiskey minglers of small brands aren’t the real stars of the industry, distillers are, he said.

“This is how I look at it: Before tonight’s over, I’m probably going to wash some dishes, fry some chicken and clean up after a lot of guests,” said Dedman, pouring two generous tastes of Kentucky Owl Batch 6, released in September. “But somehow there are some people who think I’m some whiskey rock star, and they ask me to take pictures with them.”

Bemused and amused by all the attention, he added between grimaces and grins, “The whole time this is going on, I’m saying to (wife) Elizabeth, ‘What the hell? What is wrong with these people?’”

Some bourbon drinkers would ask that same question in regard to the bourbon’s price. Dedman dislikes the retail sticker, too, but said what retailers do is out of his hands. (For what it’s worth, a pour of Batch 2 at the Old Owl Tavern at the Beaumont Inn is $40, yet the same pour costs $110 at the Brown Hotel in Louisville, Ky.)

“It irritates me sometimes, the price point we see it sold at,” he said. He declined to share his wholesale price (as well as the source of his whiskey) but added, “To do something at a small scale without a distillery and owning no warehouses, we have significant price involved. That’s partly why the price is what it is. But what the retailer adds on after that … it’s a lot.” 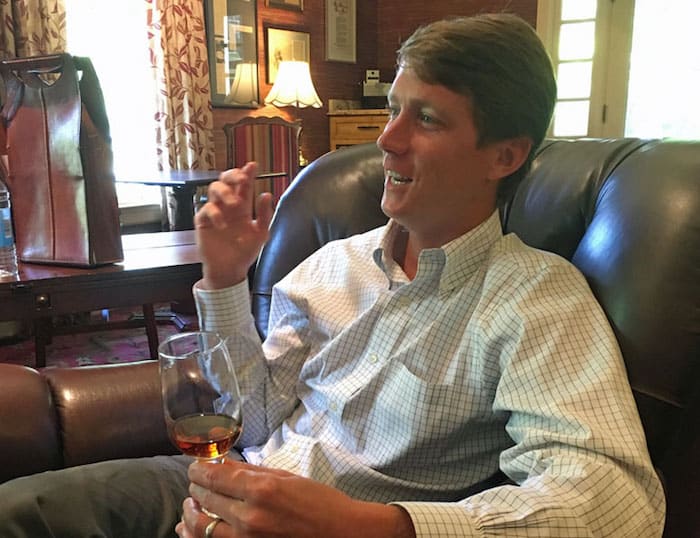 Bourbon historian Michael Veach expressed his love-hate relationship with Kentucky Owl when he met Dedman at an industry tasting.

“He walks up to me after it and said, ‘I love your bourbon, but I hate your price,’” Dedman recalled with a laugh. “I told him I understood, but that I was at least glad he loved the whiskey.”

Kentucky Owl is only sold in the Bluegrass State, something Dedman doesn’t see changing since the partners have no plans to become distillers or expand production. Making Kentucky Owl also is time consuming for a married father of three overseeing a historic, James Beard Foundation award-winning hotel. Dedman must choose from a mix of bourbons aged in a single barrel and others aged in a second, new charred oak barrel. Ages of both types range between 4 and 7 years old. To create the mingling that became Batch 6, he drew portions from 12 barrels that created a final yield of 1,634 bottles.

“It’s a true barrel-proof expression (in which) you can’t hide or mask anything, or water it down so something doesn’t show,” Dedman said proudly. “It is what it is, and we like what it is.”

Dedman doesn’t target a specific flavor profile to match across all batches. Rather, he wants unique profiles that reflect what the rickhouses are giving him every time he goes in to thieve and sample. That means Batch 6 is as different from 5 as Batch 2 is different 1.

“I’m pretty much starting fresh with each batch, and that’s fun for me,” said Dedman, who conducts bourbon tastings at the Inn. “It’s going to be much more about a different vintage each year. Every batch we do will have unique qualities to them.”

And just in case you’re wondering, this is what Kentucky Owl Batch 6 tasted like to me.

Palate: Caramel and dark fruit lead followed by prominent oak at the mid-palate. Let the bourbon linger in the mouth and toasted marshmallow and Juicy Fruit gum emerge; finish is long, not tannic, soft and warm, an easy drinker even at this proof. Later investigative sniffs served up vanilla ice cream on the nose and crème caramel on the palate.

Since this whiskey is not available outside Kentucky, put it on your list to buy a pour—if you can find one at a reasonable price if you come here. And if you visit for fun, really do it up by driving to the Beaumont Inn and enjoy a Dixon Dedman-led bourbon tasting. The drive’s gorgeous, the Inn is amazing, and a whole tasting will cost far less than a single pour of Kentucky Owl elsewhere. Then go to the Old Owl Tavern and spend the $40 on your own pour. It’s a worthwhile indulgence.

My initial tasting was done in a Glencarin glass. A taste the following night was done in a wide-mouthed glass that released the highly vaporous notes and let some complex caramel flavors develop. Maybe the Owl is best when taking flight from a roomy glass.

110
Shares
6.3k
Views
Share on FacebookShare on TwitterGet Our Newsletter
Read More Whiskey News
Whisky Reviews: BenRiach “The Original Ten” and “The Twelve”
Cheers to the Dads! Personalize a bottle of his favorite whiskey to create a modern gift for the modern man. Use code: FATHERSDAY20 for $20 off your next order of $100 or more at ReserveBar