Jim Beam can often be thought of in dive bars, backyard BBQs and many other whiskey drinking moments as a bourbon that would happily go along with a beer back. The question is – what beer to drink? Sure, you could probably go with any old beer that’s on tap or in can/bottle, but what instead if you could enjoy one influenced by the whiskey in someway itself? Enter now the Budweiser Reserve Black Lager.

The new Budweiser Reserve Black Lager, according to those behind it, is a limited edition “American-style” lager that’s been “aged on six-year Jim Beam bourbon barrel staves for a bolder taste. Black Lager boasts a dark auburn color, an oaky aroma with coffee and chocolate notes, a toasted malt taste, and a deliciously smooth finish.” It is the second in a series of collaborations between these two iconic American liquor brands, the first of which was Budweiser Reserve Copper Lager, which is said to be returning to retail for a second limited run as well.

“Budweiser Reserve Copper Lager proved that when Budweiser and Jim Beam collaborate, good things happen,” said Ricardo Marques, VP of Marketing Core & Value Brands at Anheuser-Busch, in a prepared statement. “For the second collaboration between Bud and Beam, we wanted to brew something unique that would excite both beer lovers and bourbon aficionados. Budweiser Reserve Black Lager is a bold, bourbon-forward beer that’s perfect for the holidays.” 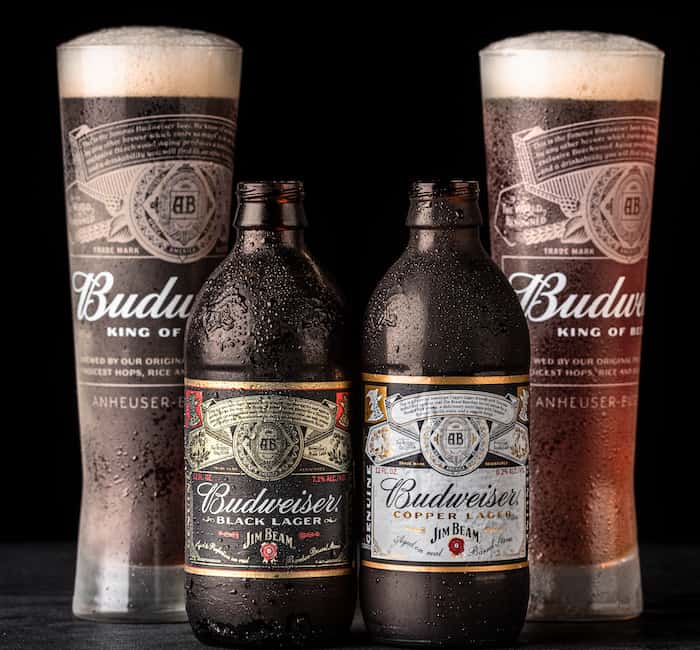 The beers of the Budweiser Reserve series (image via Budweiser)

Limited official tasting notes for this beer suggest “a dark auburn color, an oaky aroma with coffee and chocolate notes, a toasted malt taste, and a deliciously smooth finish.”

87
Shares
4.4k
Views
Share on FacebookShare on TwitterGet Our Newsletter
Cheers to the Dads! Personalize a bottle of his favorite whiskey to create a modern gift for the modern man. Use code: FATHERSDAY20 for $20 off your next order of $100 or more at ReserveBar