The farm distillery. It is a romantic notion some whiskey drinkers are entranced by – this idea that the grains come from the fields right next to the barn where the whiskey is made and then aged onsite before being bottled for sale. The reality is there are few such operations out there, exceptions such as Minnesota’s Far North Spirits aside. It is a good business for those who get into it, however, and now Wisconsin’s Henry Farms is jumping into the mix with a full fledged bourbon offering which may turn some heads.

Henry Farms, through its J. Henry & Sons bourbon whiskey label, released to local markets in Wisconsin last year a bourbon they had aged a minimum of five years in full sized barrels made from Missouri oak. This bourbon was stored in a historic barn on their sprawling farm. This barn, with no temperature controls, is subject to extreme local “weather swings, sometimes 100 degrees in one year, that squeeze extra flavor out of the charred oak.” 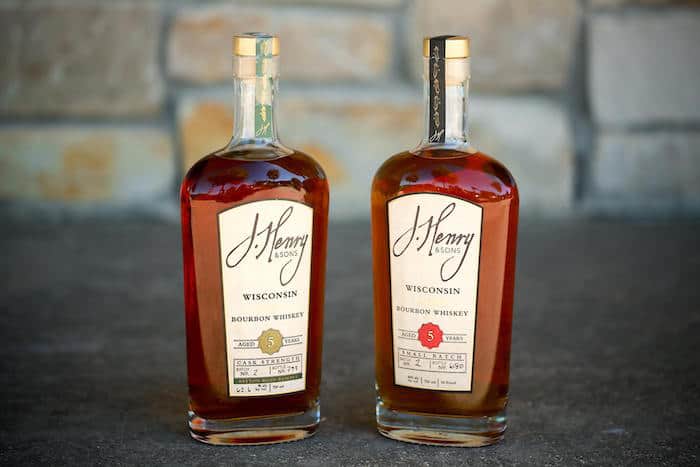 Where things get really interesting in telling the story of this bourbon is the grains which make up the mash bill. It is 60 percent corn, followed by smaller amounts of rye, wheat and barley malt. They grow all of this on site, except for the barley. The corn itself is the real star of the show, as it is a special heirloom, red corn variety developed at the University of Wisconsin in 1939.

Now it should be noted this is not a full scale, on site distilling operation. J. Henry & Sons leaves the distilling portion to a distillery in another portion of the state, according to The Waunakee Tribune. Most of the rest of it happens back on the farm though, with the resulting regular bottling clocking in at 92 proof. Bottles of both this version, plus a cask strength 120 proof offering, are now at retail at Binny’s should you want to grab a bottle. I’ve also put below limited tasting notes from Henry Farms, and a video about them, for your consideration.

571
Shares
935
Views
Share on FacebookShare on TwitterGet Our Newsletter
Get Jefferson's Ocean at ReserveBar. Shop now!