Is A The Walking Dead Kentucky Bourbon From Diageo About To Shuffle In?

The Walking Dead television series, without a doubt, is a poster child for success when it comes to the whole zombie thing in the entertainment world. It makes sense, therefore, that we might see certain external companies tying up to a brand such as this. In is through this light that we note a recent whiskey label approved by the TTB which reveals a possible bourbon associated with this franchise from spirits giant Diageo. 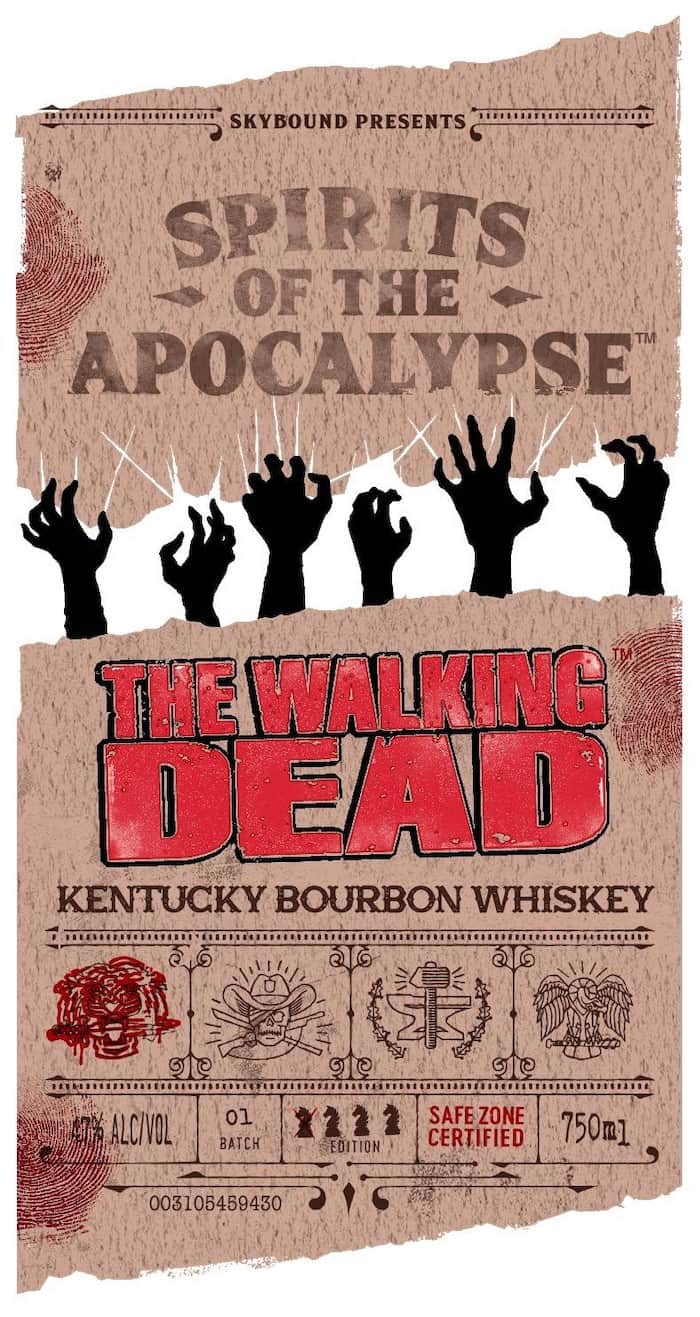 What could potentially be known as Spirits of the Apocalypse: The Walking Dead Kentucky Bourbon Whiskey would be a 47% ABV, non-age statement American whiskey Diageo has tied to the popular zombie television saga. It would certainly make sense for Diageo to do this when one considers the run away success they’ve had, for example, with a series of Scotch single malt whiskies tied to the Game of Thrones series. These bottlings, though in of themselves relatively decent Scotch whiskies, have, as a collection, been an extremely hot seller both on the primary and also secondary whiskey markets. It helps in particular that the release of all the bottles happened just prior to the final season of the hit HBO fantasy series.

Thematically this bourbon is labeled appropriately for a The Walking Dead drinking party night if it is released. Verbiage on what would be the back label reads “an apocalypse has swept over the globe, causing the dead to rise and feed on the living. In a matter of months, society has crumbled. There is no government, no grocery stores, no mail delivery, no cable TV. Luckily, there are spirits.” 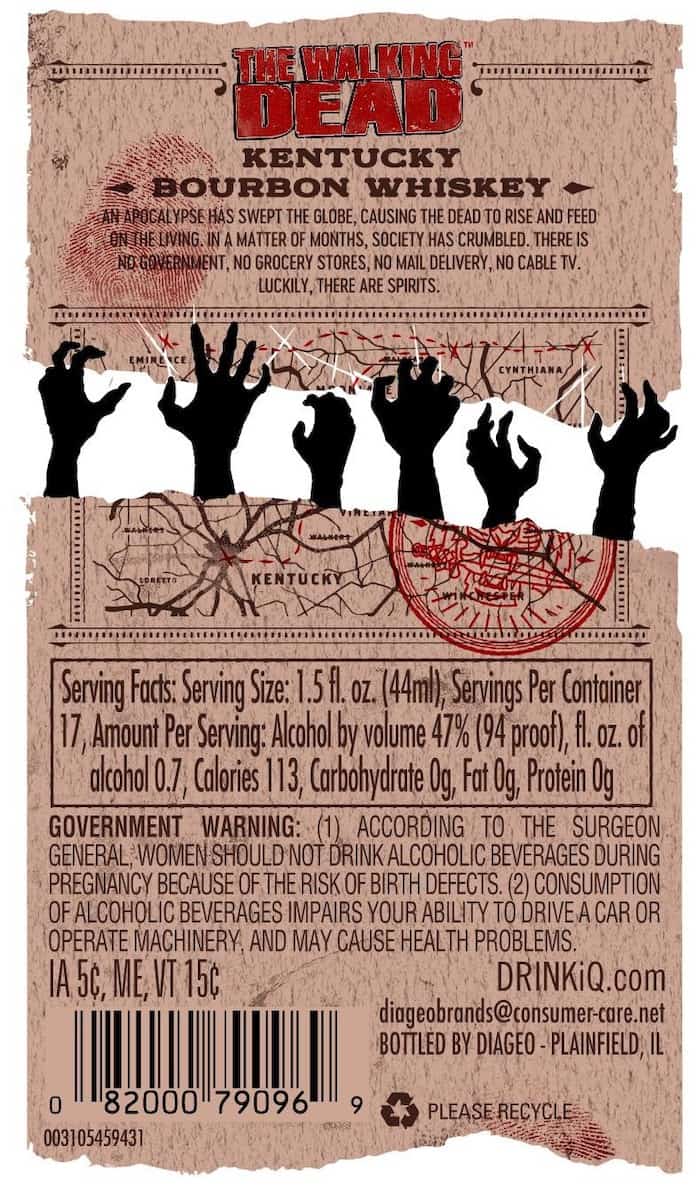 As this is just a label recently approved by the federal government at this point, there is, as always, no guarantee this bourbon will ever actually come to market. Diageo has released no official information on it as of yet, be it where it is sourced from, price point, etc. We will hopefully learn more on it soon.