The four year old bourbon is finished through what’s described as “a proprietary smoked barrel finishing process,” creating “a complex and balanced flavor” with a smokey character. The whiskey, according to official tasting notes from the distillery, holds “a tawny appearance with an aroma of toasted pecan, smoked almond and caramelized sugar, as well as notes of stone fruit, vanilla and brown sugar-glazed ham. On the palate, tastes of wood smoke and maple lead into pipe tobacco, leather, clove and oak, followed by hints of orchard fruit, corn, honey and bread. 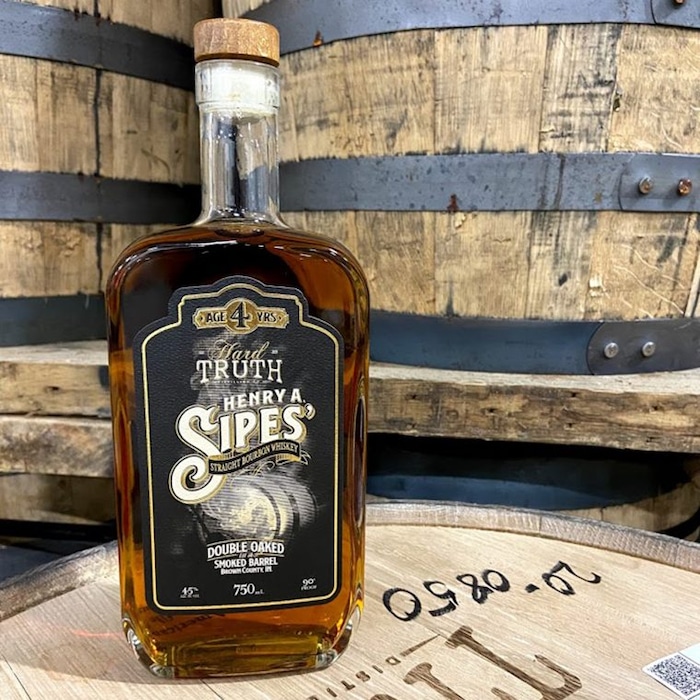 Specifics of the finishing process indicate “this first barrel smoked variant trades rum barrels for custom-smoked ones.” It is said to be “blended and bottled — never chill-filtered —” at Hard Truth’s Brown County, Indiana home.

Sipes’ Barrel Smoked Bourbon Whiskey is bottled at 90 proof. The limited-edition bourbon is available in Indiana at all seven Big Woods locations and Hard Truth Hills in Indiana for $67.99 plus tax at 750mL per bottle, with plans to release to local retailers as time goes along.

All of Hard Truth’s spirits are distributed across Indiana and in parts of Illinois, Kentucky, and Florida. More information about where to find the new release or any other Hard Truth products can be found on the distillery’s website. As for the distillery itself, it was founded in 2015, having grown “from a small operation in the upper rooms of a pizza restaurant to an 18,000-square foot state-of-the-art distillery featuring Vendome Copper & Brass Works equipment.” It is currently considered Indiana’s largest destination distillery, being set “on the 325-acre wooded campus of Hard Truth Hills in Brown County — an artists’ colony and tourist destination.”

46
Shares
3.6k
Views
Share on FacebookShare on TwitterGet Our Newsletter
Get The Macallan® Rare Cask at ReserveBar. Shop now!