Horse Soldier Bourbon Building Its Own Tourism Distillery In Kentucky

Horse Soldier Bourbon is a bourbon brand founded by retired members of the U.S. Special Forces. They were former Green Berets that later became known as the “Horse Soldiers” that were the subject of the film “12 Strong,” released in 2018. It is now set to expand in a dramatic way, recently announcing the  upcoming arrival of Horse Soldier Farms, a new $200 million tourism development project in Kentucky.

“Horse Soldier Bourbon is excited to start this new phase of work with the local community in Somerset and Pulaski County.  We understand both the importance of building a good team and the value of finding a place to call home” said Horse Soldier Bourbon CEO John Koko in a prepared statement. “From the mountains of Afghanistan to the rolling hills of Kentucky, there’s one thing we’ve seen time and time again – you’re only as good as the company you keep.”

Horse Soldier Bourbon will be the first southeastern Kentucky distillery experience, and will serve as the gateway to Kentucky’s Bourbon Trail for the southern states. The distillery project will consist of a 27,585 square-foot distillery visitor center; 4,600 square-foot activity center; 5,000 capacity amphitheater; 500-person outdoor event space; an adventure center, 3,200 square-foot wedding chapel; 60-key luxury lodge and 20 cabins, and a retail village. 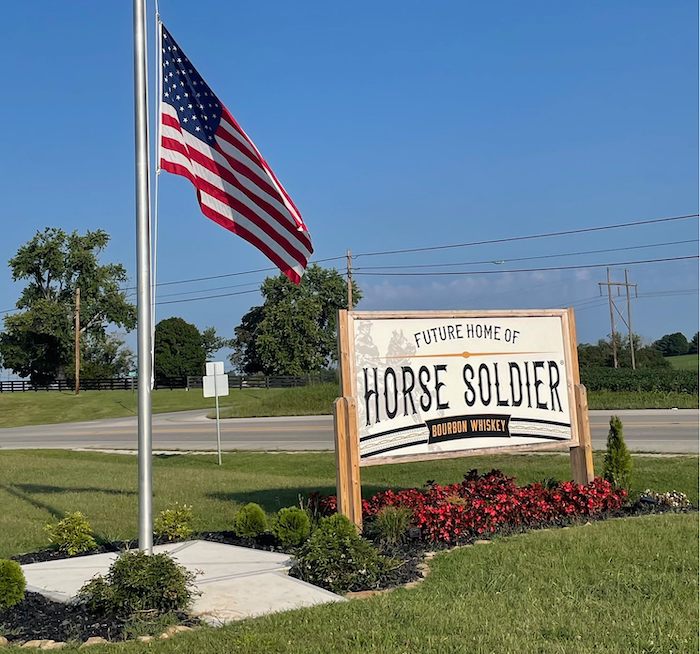 “Kentucky’s bourbon industry continues to expand bringing quality jobs and tourism dollars to communities in every corner of the commonwealth,” said Kentucky Gov. Andy Beshear. “Today’s announcement further reiterates our commitment to ensuring Kentucky is a top tourism destination, but also a premiere location for businesses to grow and expand. I want to thank Horse Soldier Bourbon and the leaders in the Somerset community for being an integral part of our ongoing efforts to ensure that Kentucky is a better, brighter place for the future.”

Horse Soldier Bourbon is handled by American Freedom Distillery. Besides this planned facility in the town of Somerset, they also maintain an urban tasting room and dining set up in St. Petersburg, Florida.