What The Hell Exactly Is A Master Distiller?

The term “Master Distiller” in the whiskey world is a confusing one.  Sometimes figureheads of non-distilling producers are called Master Distillers, even if they have had no experience with distillation.  Other Master Distillers, like Wild Turkey’s Jimmy Russell, have decades of experience in all aspects of the distilling industry.  There’s really no one all-encompassing definition of Master Distiller, though there is a general feeling in the industry the title should be earned.

I interviewed Corky Taylor, founder of the newly resurrected Kentucky Peerless Distillery about the progress of his operation last fall, before distillation began or the doors opened.  When I asked him who would be his Master Distiller, he answered they wouldn’t be naming one out of respect for the industry.  It was an answer that was both surprising and refreshing. 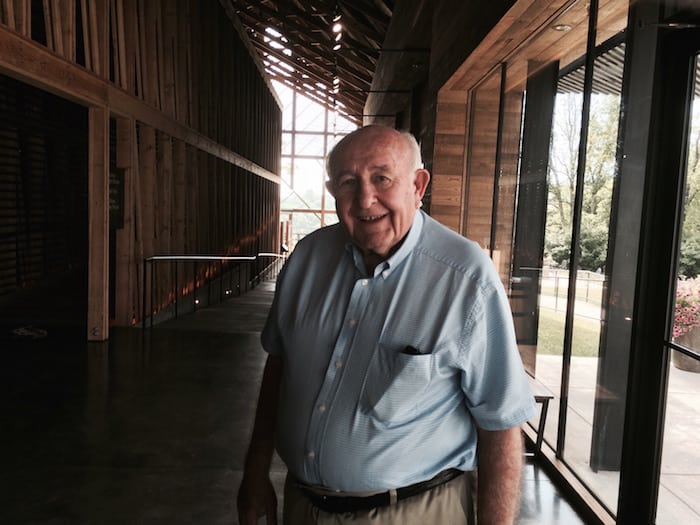 Wild Turkey Master Distiller Jimmy Russell is one who has definitely earned his title. (image copyright The Whiskey Wash)

The term has only been around a few decades, as far as anyone can tell, but already it has become yet another dividing issue in the whiskey community.  It seems to be more of an honor than a practical job title, and it can indicate different things to different people.  Whether the Kentucky Distillers’ Association or anyone else ever lays down a solid definition remains to be seen, but if it does happen you can be sure no one in the whiskey community, fans or industry, will be in agreement.