Freddie Johnson tells this to a small tour group from all over the country.  Johnson is the third generation of his family to work at Buffalo Trace, where the motto is “Honor Tradition, Embrace Change.”  The Whiskey Wash recently caught up with Johnson to learn more about his family’s history at the distillery.

Johnson has recently been made aware of a family tree done by one of his now-deceased relatives going back to the end of slavery in America.  Martha was a cook on Colonel West’s plantation.  The two were romantically involved, and after slavery ended Colonel West left a plot of land to sustain Martha’s family near the current-day Buffalo Trace Distillery.  “And that’s where my family came from,” Johnson says matter-of-factly. 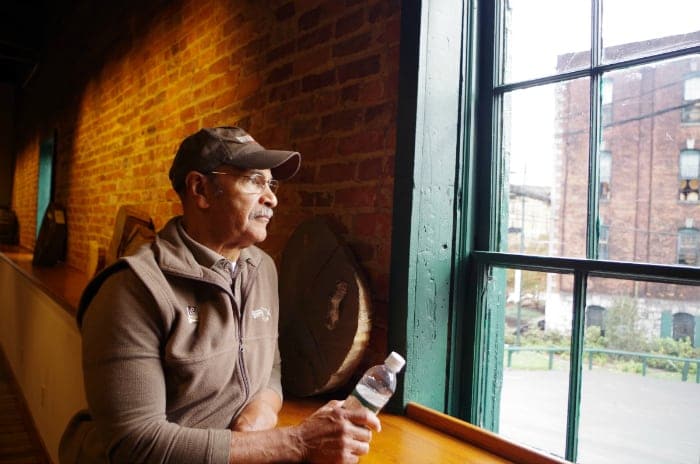 Johnson’s Grandfather, James “Jimmy” B. Johnson, Sr., was a relative of Mary Ballinger.  He began working for Colonel Blanton in 1912, and became the first African-American warehouse foremen in Kentucky.  Because of his trusted position, as well as his Irish features, he was able to travel on business trips with Colonel Blanton.  Johnson, Sr. was responsible for all the goings-on in the warehouse, from racking barrels to checking for leaks, and finally bringing out barrels to be dumped.  Considering this was before computers, keeping track of 150,000 barrels was certainly no small task.

In 1936, Johnson, Sr.’s son, James “Jimmy” B. Johnson, Jr., joined his father at the distillery at the age of 20, starting off working in the yard.  He began learning how to repair barrels from the elders at the distillery, quickly mastering the task of repairing a leaky barrel without disturbing the contents inside.  Johnson, Jr. soon became one of the first African-American warehouse supervisors in the state of Kentucky.

Johnson, Jr. also became Colonel Blanton’s go-to man for many other tasks around the distillery, from helping to care for his chickens to cleaning his fish.  Blanton was an excellent cook and was very particular about how his fish were filleted.  Upon learning Jimmy Johnson, Jr. was the only person at the distillery who could filet his fish just right, he became the only person Blanton would call upon for this job.

Freddie Johnson recalls asking his dad why he had filleted fish at work one day and his father told him, “When someone asks you to do something, you do it and you do the best job you can.”  He then explained you can learn a lot about yourself by doing the jobs no one else wants to do.

As Johnson recalls these stories, he notes that he still has “Aha!” moments on a regular basis.  Through his ongoing research into the history of his family and the history of the distillery, stories begin to fall together and the history starts to take shape.  “You realize it wasn’t just about whiskey making,” he says.

The common thread throughout Johnson’s stories is one of community.  “You hear the expression ‘we take care of our own’,” Johnson says of the distillery family, pointing out even the corn used today still comes from a 100 mile radius of the distillery.

Freddie Johnson grew up visiting the distillery with his grandfather.  He recalls his first visit at the age of five, recalling how fascinated he was with everything that was going on around the distillery.  Growing up in the country, Johnson’s family raised pigs and rabbits, had a garden, and often hunted for their food.  “If you shot the gun, it was to put food on the table,” Johnson says as he recalls receiving his first gun.

Johnson attended The Rosenwald Laboratory School located in Frankfort, Kentucky as a child.  The concept, he explained, was developed in order to give descendants of slaves in the American South an opportunity to receive a good education during segregation.  After slavery ended, many slaves and their descendants moved into the cities, where they began working in the service fields.  Because of this, the education they received was often limited and centered on their limited job prospects.  This is where, Johnson points out, the origin of making fun of African-American speech comes from.

At the Rosenwald Schools, the educational emphasis was on vocational training and expanding the child’s worldview beyond the vocations that had been available to his parents.  Johnson recalls taking many field trips to see live performances, including the opera, plays, and the symphony.  He laughs, remembering his first opera, “I couldn’t understand what they were saying, of course,” adding the lasting effect of that performance was watching the ebb and flow of the audience’s emotions.  “It’s really funny how that impressed me.”  The school group also toured the Coca-Cola plant that was in nearby Shelbyville at the time, and Johnson recalls his fascination with all the mechanics and moving parts. 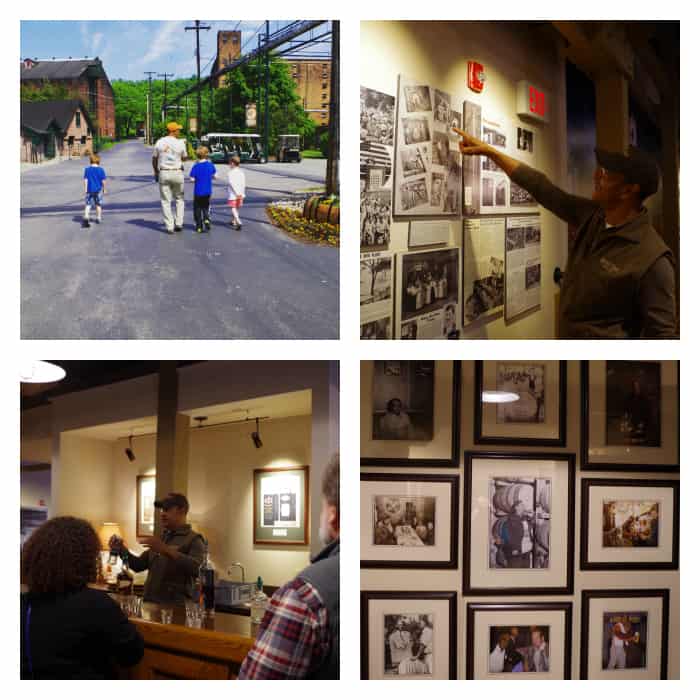 When he was in the 8th grade, Johnson began tinkering with electrical circuits.  One of his teachers encouraged him to enter one of his projects into a 4-H competition.  After winning division after division, he found himself at Howard University, where he stayed for a week while he was being recognized for his project on the national level.  He visited The Smithsonian and Washington D.C.  “I was never the same after that.”

After high school, Johnson decided not to attend nearby Kentucky State University, much to the chagrin of his father.  He worked for a time as a hospital orderly, then in a chemistry lab.  One day, a friend from high school told Johnson he needed to go talk to the recruiter from the phone company because they were looking for someone like him.  Because of the electrical knowledge he’d displayed in that 8th grade 4-H project, he was hired by AT&T and was enrolled in their Management Development Program.  “When I got my first assignment to New York, the first thing I did was take my daughter to see a live theater performance.”

After a long career that had him moving every two to four years, Johnson’s father called him home to be his caregiver in his final years of life.  Jimmy Johnson asked his son to start working at the distillery as a tour guide because he wanted to pass the family history on to future generations while he was still able.  Freddie Johnson agreed, thinking he’d do it for just a year to appease his ailing father.  That was 13 years ago.

Johnson recalls that in his father’s later years, Jimmy had become the caretaker of all the widows of his buddies, having outlived all the other men he’d grown up with.  Even after retirement he would stop by the distillery on every widow’s birthday to get her an Ancient Age sweatshirt emblazoned with the words “I Get Better With Age”.  When he stopped in one birthday and found the shirts had been discontinued, he took the matter up with Mark Brown, who happened to be walking through the shop.  Brown encouraged Jimmy to resume his involvement with the distillery.  Johnson believes that renewed sense of purpose enhanced his father’s later years, giving him the strength to live to see the six millionth barrel laid down.

Today, Freddie Johnson is one of the most popular tour guides at Buffalo Trace, though few people who tour understand the decades of family history behind the role.  In their most recent renovation, Buffalo Trace included historical photos in the Visitor’s Center, including a wall dedicated to the three generations of the Johnson family.

One of Johnson’s favorite things about his current role is the flexibility and latitude he’s given to make sure guests have the best experience possible when they visit the distillery.  He’s able to tailor the tours to suit the group, which he feels really makes a difference in the enjoyment of guests.

“I feel very blessed and humbled.”