Kentucky-based Four Gate Whiskey Company is on a roll with new offerings for 2020, having recently released its ninth bottle: another Kentucky straight bourbon that this time is finished in a combination of Oloroso sherry and dark rum casks. It is said by them that, after releasing two unfinished whiskeys, the company “went back to its roots” and pulled out all the stops for this blend, called Andalusia Key. 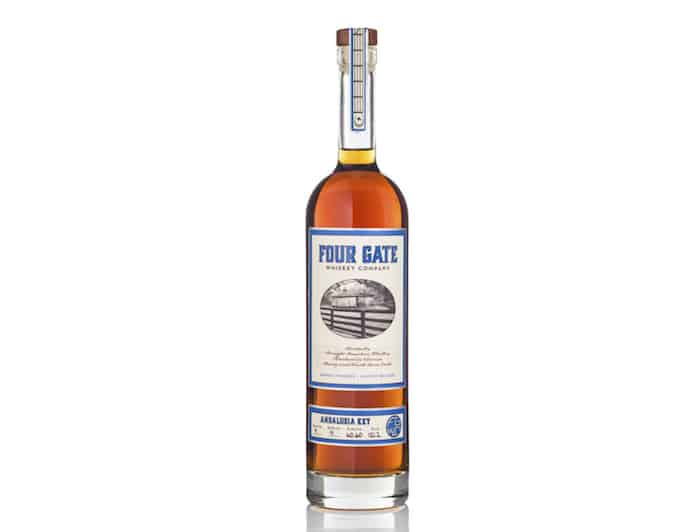 “This is really our niche,” said Bill Straub, chief blending officer for Four gate, in a prepared statement. “We’re blenders at heart and we love to collaborate with Kelvin Cooperage on finding great secondary casks to further age the blends we come up with.”

“We’re really happy with this whiskey,” added Bob D’Antoni, chief barrel officer. “We really stayed on top of this one tasting it at every opportunity for months until we felt like it was perfect. Its one of the sweetest releases we’ve had yet.”

Only 1,309 bottles were produced for Four Gate Whiskey Batch #9— all un-chill-filtered at full cask strength of 60.6% ABV or 121.2 proof. It is for sale for around $199 in Kentucky, Tennessee and Georgia as well as online. You’ll find some official tasting notes below.

Four Gate, for those who don’t know about it, is the result of Straub, leveraging his roots in Louisville, Kentucky as well as his knowledge of bourbon and the industry as founder and Editor-In-Chief of ModernThirst.com since 2014. D’Antoni, meanwhile, has contributed as well by using his connections to “establish relationships to get his hands on some terrific bourbon.”