September sees some of the most cherished bourbons released to retailers—but rarely do those bottles make it to their shelves. Two whiskies we recently reviewed, the Four Roses’ annual Limited Edition and Old Forester Birthday Bourbon, are among the happenin’ and hyped, and since both are made in limited quantities, it’s doubtful the fevered fascination with them will cool soon. Lucky for me this year, I got bottles of both, and the tales of those purchases are pretty amusing.

After interviewing Four Roses’ new master distiller Brent Elliott in July, he asked if I wanted to taste anything while I was there. Seriously. He did. Of course I wanted to taste the 2015 Limited Edition, and so he fetched a sample from the shelf in the sensory evaluation lab. When I asked the best way to ensure I’d get one in September, he advised I call both Four Roses’ gift shops and get my name on the reserve list.

I fully intended to follow his advice, but I procrastinated a few weeks to make those calls. And when I finally dialed the phone, Four Roses was amid its annual August shutdown—when the phones aren’t answered! I knew I’d lost my chance to make the list. 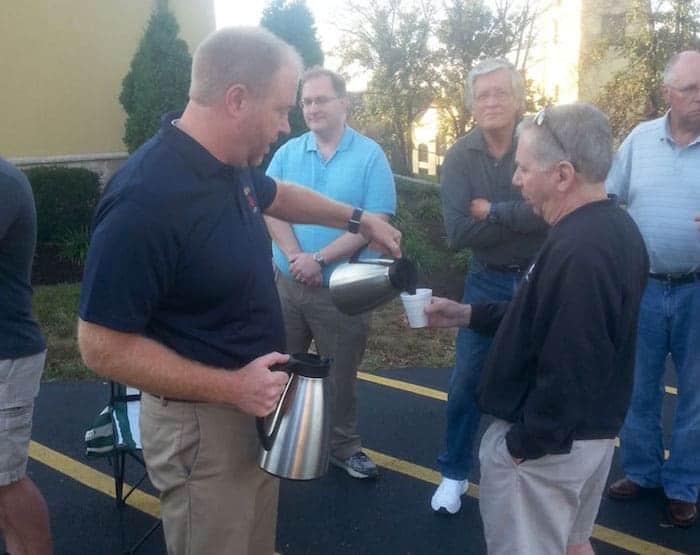 Since Brown-Forman’s Old Forester tourist distillery won’t come online until 2017, there’s no similar opportunity to secure a bottle of OF Birthday. You just hope you have a retail or secondary market connection. Fortunately for me, a much beloved retailer—who won’t be named—routinely asks me, “Anything I can hold back for you?” I asked for two bottles of Birthday, and sure enough, come early September, he had them.

At the store, he motioned me into his office where he slipped one bottle into a black La Crema wine bag, and the other into a nearby box. As we hustled to the checkout, he said something to the cashier that signaled maximum discretion should be used in ringing up my purchase. Furtively, the cashier sneaked the bottles into the daylight, scanned their codes and returned the blessed brown liquid to the darkness.

When I gave the retailer a, “Seriously? You have to do this?” look, he replied, “Oh, trust me, you don’t want to hear the grief I get when someone finds out I’m selling bottles that don’t go to the shelf.”

Later, he ensured his inclusion in my last will and testament when he came through with a bottle of the 2015 FR small batch. My wife offered to pick it up for me and went to the counter reading far too out loud from a detailed description from me.

When she said, “I’m here to get a bottle of Four Roses Limited … .” The cashier shushed her kindly, then whispered, “What’s the name?” He reached below the counter and retrieved a bottle in a brown paper sack stapled shut.

Seriously. That’s how we buy prized whiskey in Kentucky these days!

Here’s more proof of how crazy Bourbon Mania is getting: 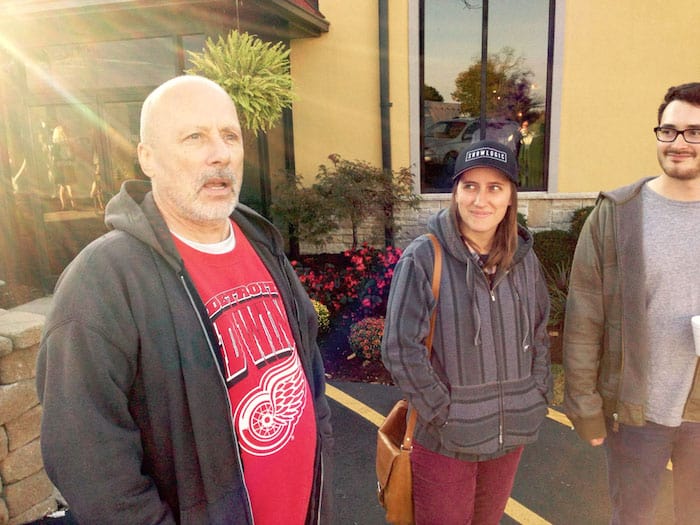 I was at Four Roses’ Lawrenceburg, Ky., distillery on Sept. 18, where the brand was hosting a large event tied to that week’s Kentucky Bourbon Festival. The day coincided with the sale of 75 FR LE bottles at the gift shop to the first 75 people in line. When I got there, about 40 people were in line—including a man named Steve Schorneck, who drove seven hours through the night from Detroit to arrive at 4 a.m. and start the line. Of obvious sound mind and sobriety, Shorneck explained that he wanted a really special bourbon, and that as a retiree, he got to go where he wanted when he wanted. So there he was, at the head of a line containing a diverse swath of humanity that makes up the modern bourbon-drinking public. Fanatics, all of them.