Diageo’s Bulleit Bourbon brand has debuted a new expression that brings together a small ratio of the whiskey types used to make its flagship bourbon offering. What’s being called the new Bulleit Bourbon Blenders’ Select No. 001 was crafted by Bulleit Blender Eboni Major as part of Diageo’s new campaign “celebrating the talented, bold and pioneering women who make some of the world’s most beloved spirits.”

Bulleit Bourbon Blenders’ Select No. 001, according to those behind it, mingles “three out of the 10 whiskey types used to make the original Bulleit Bourbon” and aged a minimum of 9 years. This American whiskey is said to showcase Major’s “rich understanding of how the progression of aromas and balance of complimentary flavors elevate the sensory experience, as well as her commitment to innovation and expanding the Bulleit portfolio.”

“Bulleit is a frontier whiskey, meaning we are always looking for new ways to challenge convention,” said Major in a prepared statement. “Being given the creative freedom to take the traditionally higher rye experience that Bulleit is synonymous with and craft something brand new is an incredible honor and is also what makes my job so fun! Fruit-forward, rich and delightfully complex, Bulleit Bourbon Blenders’ Select No. 001 is a true expression of who I am as a blender. 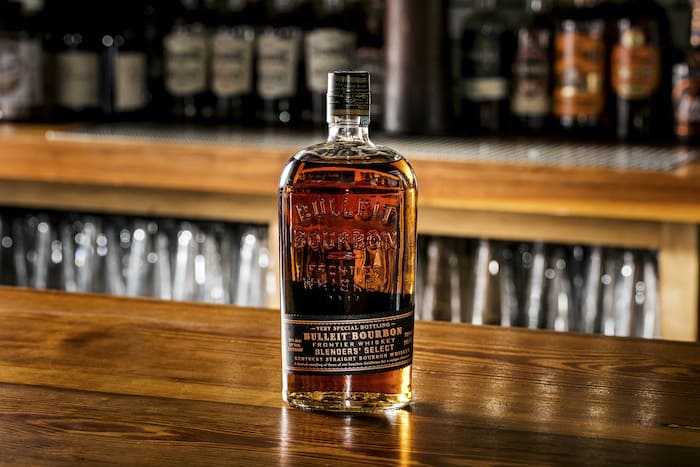 “I am thrilled to be taking risks and pushing boundaries at Bulleit and in the world of whiskey alongside other women who are also making waves in the industry.”

The push of this new release is tied to Diageo’s Craftswomen program, which is a focus by them to highlight some of the amazing work female distillers and blenders do under the spirit giant’s larger portfolio. On the whisk(e)y front this includes as well the likes of Johnnie Walker Master Blender Emma Walker, Crown Royal Master Whisky Blender Joanna Scandella, Buchanan’s Master Blender Maureen Robinson and Cascade Hollow General Manager and Distiller Nicole Austin.

Plans call for this new bourbon, bottled at 100 proof, to become available this spring for around $50 per 750 ml bottle. It is the first offering in the new limited-edition Blenders’ Select series, which “offers the blending team an opportunity to experiment and flex their creativity in the lab at Bulleit Distilling Co.”

Official tasting notes for Bulleit Bourbon Blenders’ Select No. 001 can be found below.