Buffalo Trace Continues To Grow In Visitors And Expansion

The Buffalo Trace distillery in Kentucky, as we move through the first month of the new decade, continues to see very solid, year over year growth of its visitor base, making for an amazing last 10 years in tourism increases. This comes at a time when the physical distillery itself is continuing through a large scale $1.2 billion expansion project.

Buffalo Trace ended 2019 having welcomed a record-breaking 293,996 visitors during the calendar year. This is a 35 percent increase in visitation over the previous year, and marks a strong finish to the decade as a whole, with tourism growth having increased visitation to the National Historic Landmark Distillery by 466 percent since 2010.

As far as expansion of the physical campus goes, a lot has been happening that’s of note. According to distillery officials, “this fall, repairs, restoration and painting kicked off behind the scenes at Buffalo Trace, specifically behind the back wall of the Visitor Center. Though having just completed an expansion of its Visitor Center in 2015, Buffalo Trace is again expanding in order to accommodate the continued tourism growth. 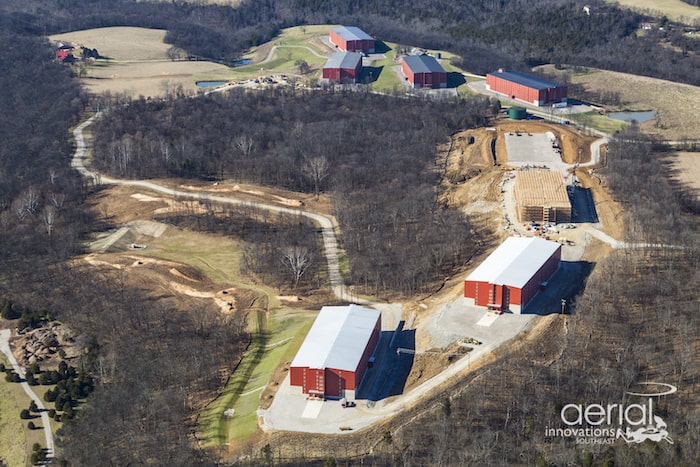 “Much of the construction and expansion work will continue to take place out of the way and will have minimal impact on guests visiting the Distillery, as the Visitor Center will be expanding further back into the building it currently resides. Work will take place behind the back wall until the expansion work is complete. Then the existing Visitor Center will receive updates and work will be completed to make the building a cohesive space. The Distillery anticipates the Visitor Center expansion to wrap up later this year.

“Just as tourism continues to grow, so is demand for more bourbons made by Buffalo Trace, which is why the Distillery made some major upgrades to expand its distilling capabilities in 2019, embracing the first large scale structural expansion on the campus since the end of Prohibition.

“Right before Christmas, the Distillery started up its brand new, 22-foot cookers for the first time…four of these massive cookers, which are responsible for pressure cooking the milled grains before they are cooled and fermented, were installed in 2019. The new cookers span three floors in height, and the Distillery had to remove the roof of its Mash House to lower them into the building.

“This, and several other Distillery upgrades Buffalo Trace has been working on over the past year will allow the Distillery to greatly increase its whiskey production, as demand for its whiskies continues to grow.

“Along with the cooker upgrade, the distillery installed four new fermenters this past summer, after having to raise the roof by nine feet. The fermenters are 92,000 gallons a piece – the same size as Buffalo Trace’s other fermenters. Additionally, a new cooling tower, which cools down the grains after they are cooked into mash, was added.

“All this whiskey has to go somewhere to age, so the Distillery has been busy on that front too. Six new warehouses which each hold 58,800 barrels now stand on the farm adjacent to the Distillery, with two more under construction, and many more planned over the next several years.”