Is There a Bubble Brewing in Bourbon?

“A bubble might be brewing in bourbon,” headlined the Business Insider story a few days back, reporting on an analysis by RBC Capital Markets. (The last time Business Insider predicted an impending ‘bourbon bubble’ was in February of 2014.) 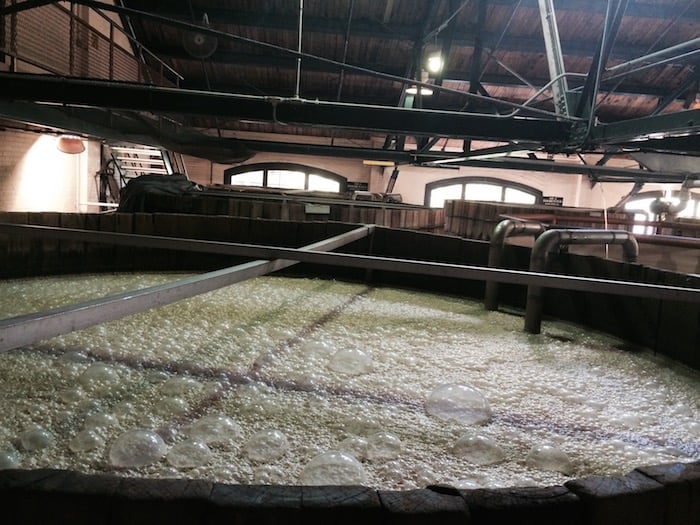 image via The Whiskey Wash

The concern in this case is that the bourbon industry may be growing too rapidly. The story cites as evidence recently released data from an American Craft Spirits Association (ACSA) study that shows a 42 percent annual growth rate since 2010 in the number of U.S. distilleries.

Jack Daniel’s owner Brown-Forman won’t disclose the distillery’s production capacity, but they confirm it is north of 10 million proof gallons a year.

As we reported in June, in 2014 there were 13 U.S. distilleries that produced more than 500,000 proof gallons per year. Today there are 15. By this time next year, or early in 2018, there could be 20. That is in addition to capacity growth by almost all of the existing distilleries. It represents a big increase but is it too much capacity? Most of that new capacity won’t impact the marketplace before 2020. By then, we should know if China and India are going to develop the way everyone has predicted. If they do, no one will have made enough. If they don’t, everyone will have made too much.

The analysts also warned that “it is important to keep in mind that to be classified as a straight bourbon, the product must be aged for a minimum of four years,”

All that is preliminary to RBC’s money shot: “This has led new entrants looking to take advantage of the category’s growth to take two approaches: 1) enter the market with an un-aged product; or 2) wait a few years and launch bourbon (once it hits the 4-year mark).

“The former approach is immediately price dilutive on the broader category, and the latter approach could lead to an influx of supply over the next few years, forcing overall category prices lower (the exact opposite of the scarcity value driving overall bourbon prices today).”

Price dilutive? Not when un-aged or lightly-aged craft whiskeys routinely sell for $50 and more per bottle. And, again, the volume of un-aged and lightly-aged products is minimal. As for the fear that a ‘glut’ of cheap bourbon is looming, that all depends on demand. If demand growth continues to exceed supply growth, especially the demand for older whiskey, bourbon will remain scarce and prices will continue to rise. As mentioned above, export growth is key, but there is no evidence that either it or the more modest domestic growth is slowing.

RBC is a premier global investment bank. It says so right on their web site. But they are way off the mark this time.

– Editor’s Note – This column is republished with the permission of its author Chuck Cowdery.