Brand founders Ian Somerhalder and Paul Wesley developed the kit, according to them, to inspire all to celebrate their bonds with one another over a seasonal favorite, the Hot Toddy.

The kit is available via www.CocktailCourier.com for $74.99 plus shipping. Each kit includes one 750ml bottle of Brother’s Bond Bourbon, three chai tea bags, four ounces of honey syrup, and four lemons. 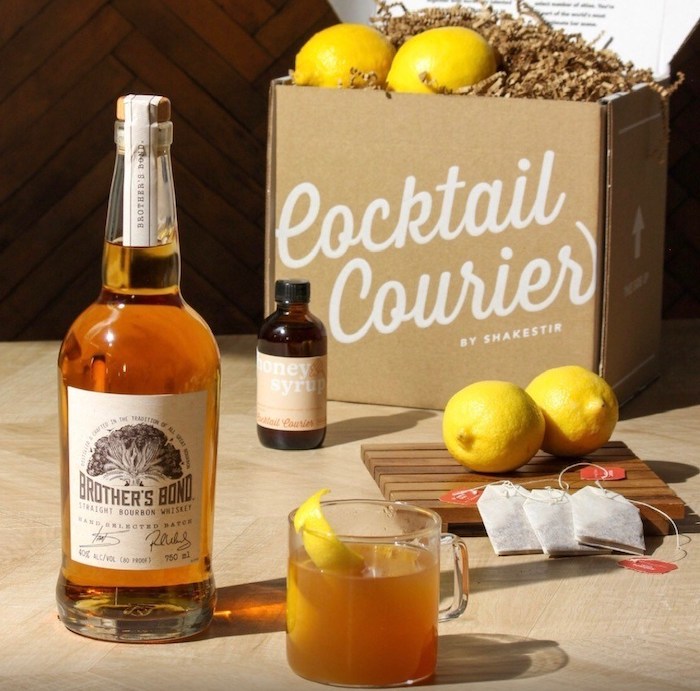 “The Brother’s Bond Bourbon Hot Toddy cocktail kit provides a perfect bonding experience for those warm and cozy gatherings with the company we love to keep,” said Somerhalder in a prepared statement.

Brother’s Bond is described as a smooth, complex, and balanced bourbon with a touch of sweetness and spice. As the most-followed alcohol brand on Instagram, with more than 1.6 million followers, Brother’s Bond has a goal of using their platform to help reverse climate change by giving back a portion of proceeds to support regenerative farming practices.

The four-grain, high rye bourbon has a mash bill that is 65% corn, 22% rye with the percentage of wheat and barley kept a secret. Aged for a minimum of four years in virgin American oak barrels, the barrel staves with #4 char and the barrel heads with #2 char, the spirit comes in at 80 proof.

For more information, check out www.brothersbondbourbon.com.