This batch celebrates the social nature of sixth-generation Master Distiller Booker Noe, and, it is said, the way he could “turn a stranger into a friend for life” in no time.

A release from the distiller said that Booker’s way of making friends was second nature to him. When Booker took a liking to the products that a salesman was selling, he would call his wife and say, “Set an extra plate at the table, I’m inviting this salesman to dinner.” 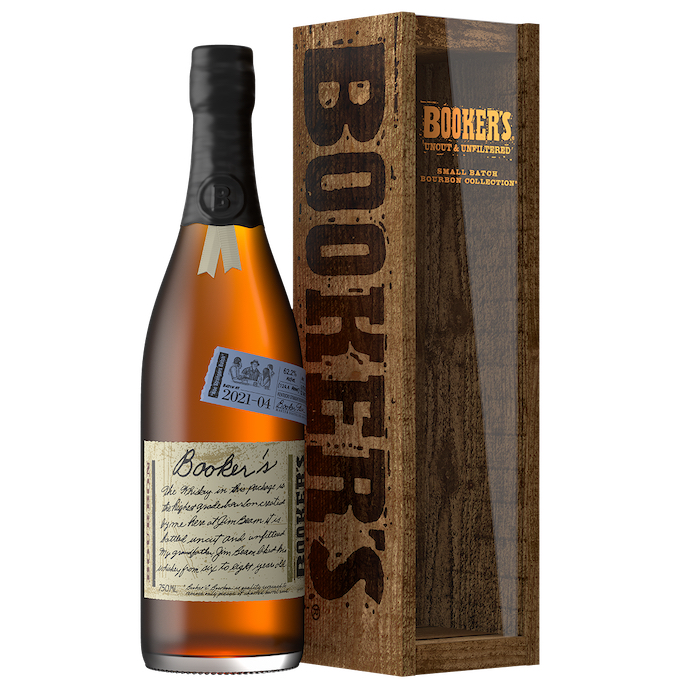 In another instance, it is said, Booker was invited to a rally for the Blue Knights Motorcycle Club, an international brotherhood of active and retired law enforcement officers who share a passion for motorcycle riding. There, he struck up a conversation with some of the members, and the next day, he invited more than 300 of them over for lunch.

His knack for making friends carried into his work as well. In Kentucky and out on the road, Booker wouldn’t leave an event until he shook hands with everyone that wanted to talk to him.

Booker taught his son Fred Noe, seventh-generation master distiller, how to “treat others how he would want to be treated” … a lesson the family holds true to this day, Fred said.

Like all batches of Booker’s Bourbon, Booker’s “Noe Strangers Batch” was selected by Fred Noe to ensure it upholds the qualities and standards his dad set for Booker’s Bourbon more than 30 years ago.

The 2021 collection features four batch releases, each released in limited quantities and featuring a unique label and batch name honoring Booker, his love of family and his spirit of experimentation.

Booker’s “Noe Strangers Batch” is available now in limited quantities with a suggested retail price of $89.99 for a 750 mL bottle.

For more information on Booker’s Bourbon, check out www.BookersBourbon.com.