The Diageo bourbon brand that is Blade And Bow, when it launched a few years back now, brought to market a 22 year old bourbon that met with relative popularity mostly for its age. Now, in conjunction with the 83rd anniversary of the famous Stitzel-Weller distillery and also Derby Day, it is being brought back once again as a very limited edition release.

The Blade And Bow 22 Year Old Bourbon, according to those behind it, spent time aging at Stitzel-Weller (how much time exactly is not stated). It has received more then its share of accolades since it debuted back in 2015 and then was released once again briefly last year. These include being awarded Double Gold and named Best Kentucky Straight Bourbon at the 2015 San Francisco World Spirits Competition; and being named the Best Bourbon 10 years and over from multiple barrels in Jim Murray’s 2017 Whisky Bible. 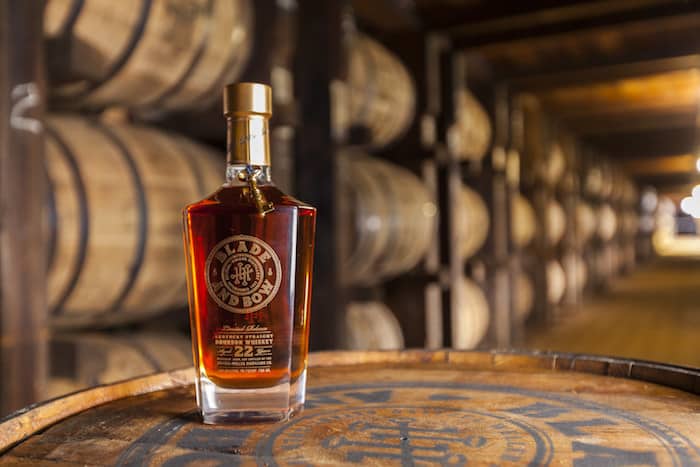 “Beginning with a pronounced nose reminiscent of toasted oak layered with vanilla bean, figs and a light touch of dark caramel,” said Diageo North American Whiskey Educator Doug Kragel in a prepared statement, “this limited-release bourbon’s taste is accented with notes of torched sugar and apples baked in honey and spices. It’s the kind of rare whiskey that makes you want to savor every note slowly, because at some point in the future, supply will run out.”