The premium American whiskey label known as Basil Hayden’s is a pretty popular offering in the greater line up of spirits from Jim Beam out of Kentucky. One of the more limited releases from it is the annual 10 year bourbon, which is now on its third year of hitting retail shelves.

Basil Hayden’s 10 Year Bourbon (2020), according to those behind it, features “the high-rye recipe Basil Hayden’s has been known for with a notable age statement.” It is said by the brand that, after aging in American oak for 10 years, “the resulting whiskey has a distinctive, yet sippable flavor profile.” 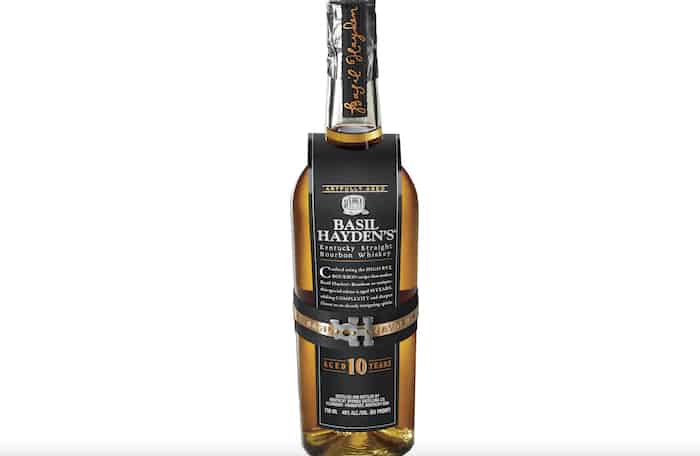 “Basil Hayden’s 10 Year Bourbon is a truly unique expression that offers the perfect blend of our whiskey’s trademark spice, balanced with a caramel sweetness and oak as a result of the extra aging in American Oak Barrels,” said Jon Marks, Brand Director for Small Batch Whiskey at Beam Suntory, in a prepared statement. “This annual release offers something special for our fans to share with family and friends as they gather in a socially safe way.”

As it stands now plans call for this bourbon, bottled at 80 proof, to be available nationwide in limited quantities for around $70 per 750 ml bottle. You’ll find some limited official tasting notes below for your consideration:

The Basil Hayden’s brand, for the curious, was crafted “in 1992 by Booker Noe as part of the Small Batch collection, Basil Hayden’s introduced a more subtle side of bourbon compared to its counterparts. The distinctive flavor of Basil Hayden’s Bourbon was originally inspired by Meredith Basil Hayden Sr. who moved to Kentucky from Maryland and began distilling bourbon with a higher percentage of rye in 1792.

“Wanting to embody this similar high-rye mash bill, Booker set out to create a bourbon that would offer the same approachable taste profile, aimed at welcoming new drinkers into whiskey. “

50
Shares
6.6k
Views
Share on FacebookShare on TwitterGet Our Newsletter
Cheers to the Dads! Personalize a bottle of his favorite whiskey to create a modern gift for the modern man. Use code: FATHERSDAY20 for $20 off your next order of $100 or more at ReserveBar