Bardstown Bourbon Is About to Open for Visitors

If overstuffed retail shelves weren’t proof enough that American whiskey sales are booming, perhaps the rush to expand at Bardstown Bourbon Co. (BBC) will convince you.

Before distilling began there in September of 2016, all 1.5 million proof gallons of annual liquor production were spoken for between BBC and 12 outside customers. But with the spring addition of several new fermenters, capacity will double at the Bardstown, Ky., facility in July, as the 10-month-old plant moves to producing 3 million proof gallons (about 50,000 barrels annually) with 24-7 shifts.

Yet even those updates aren’t enough, says CEO and president David Mandell. Plans are being made to eventually add a second cooker and still to boost capacity, in step, from 4.5 to 6 million proof gallons.

This fall will see the third of 10 total 22,000-barrel rickhouses built on the property, and its spacious and modern visitors center should open before year’s end. Mandell says guests will be treated to Kentucky’s largest whiskey bar and meals from a full-time restaurant.

“The whole project has evolved all along, from the start to where we are now,” says Mandell, referring specifically to changes to the visitors center. In 2016, it became legal for Kentucky distilleries to have bars on premise and sell cocktails, a change that led BBC to halt construction reconfigure the visitors center to be more libations friendly. “The laws changed in our favor, and we’re happy about that.” 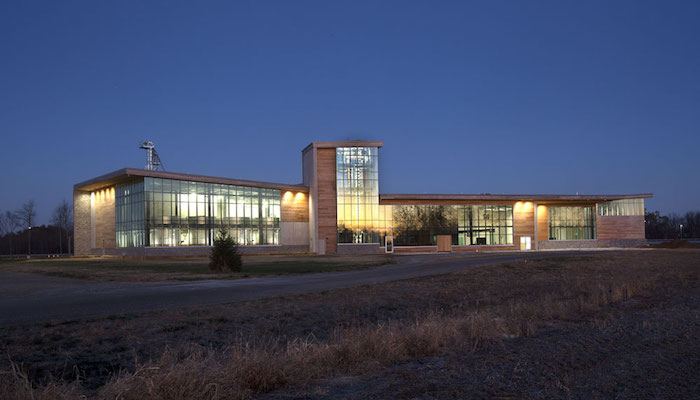 Constant adjustment is commonplace at BBC, and no one experiences it more than master distiller Steve Nally. When in the same role at Maker’s Mark, he made just one whiskey recipe every day, all day. To date, he’s overseen the distillation of 20 unique recipes for BBC and its clients.

“That (strategy’s) got its challenges, and it keeps everybody on their toes, but it’s worked great so far,” says Nally. “We just came off of a customer whose whiskey we’ve produced for about two months straight. So I had a meeting this morning with employees where I told everybody that it’s time to stop and think, ‘This is a different recipe now.’”

Mandell understands that when some hear BBC is producing whiskey for so many clients, they envision it as “the MGP of Kentucky.” But he says any comparison to the venerable Midwest Grain Producers, in Lawrenceburg, Ind., is off the mark.

“What they do is great, but it’s not what we do,” he says. “We have a collaborative relationship with our partners. It’s not just us making whiskey for them.”

BBC produces no bulk stocks for public sourcing, nor does it age maturate onsite unless it’s for a customer. It also accepts only existing, well-funded businesses, typically craft distilleries that need the production scale BBC supplies. Some of those companies, Mandell adds, will collaborate with BBC to produce spirits.

“You’ll see Steve working with other great craftsmen and some interesting things coming out over the next two years, and into the future,” Mandell says. Some customers choose not disclose that their products are made by BBC, but “of our collaborative distiller member companies who want to be public, we can also sell and showcase their products in our visitors center.”

Mandell says BBC may add a few more customers, but not as many as outsiders wish. They won’t take startup brands, only proven ones.

“Starting brands for others is not for us,” Mandell says, adding that BBC is creating its own original products.

One-hundred acres of the expansive property are dedicated to growing corn in the summer and wheat planting in the fall. Those grains will be milled onsite and cooked in the distillery, though Nally allows they’ll represent only a fraction of BBC’s annual grain use.

“Just the fact that we have the land available to do that is pretty neat, I think,” Nally says.

In his half-century of distilling, Nally has seen most every change in the business. But while he’s fond of computer oversight, he allows only so much of it.

“The equipment is not fully automated because I want our operators to have to fully acknowledge every process they start or stop,” he says. “We want our guys on top of every stage of it, not just pushing buttons and walking away.”

His involvement in that instruction process will deepen with the move to double production. Currently, they’re producing about 450 barrels a week, but come July, that’ll jump to 800 barrels.

“That’s going from 16 (mash) cooks a week to 35 cooks a week,” says Nally, who will nearly double his distilling staff. “That’s a lot more detail to manage, but I think we’re up to it.”

For Mandell, many of the details lie in the unfinished tourism components. In the warehouse closest to the distillery, the construction of a massive array of plate-glass windows is underway to give outsiders a look inside the warehouse. On the opposite side of the glass will be an event space where guests can sip, nibble and mingle among the barrels.

Inside the distillery there will be glass-walled classrooms where visitors will learn how whiskey is made and how maturate pairs with food and works in cocktails. The bar and restaurant space below can be configured to host large events for several hundred people.

“So much of what you see in the design of the building—wide open spaces and glass windows—reflects our belief in transparency,” Mandell says. Even the Vendome-made column still has customized rectangular windows installed into the column so guests can see mash descending and distillate rising and refluxing. “We want people to understand everything about the whole process. We’re hiding nothing here.”