Baltimore Spirits Company recently added to their Epoch line of spirits with Epoch Straight Bourbon Whiskey. While American bourbons are normally made with malted barley, Baltimore Spirits has taken a non-traditional route by instead creating a wheated bourbon using malted rye, the same used in their flagship Epoch Rye Whiskey.

After aging for two years in American oak barrels, the distiller’s notes find the final product to have stronger tones of sweetness and grassiness, as well as “tropical” notes.

Epoch Straight Bourbon Whiskey is slated to become a regularly offered Baltimore Spirits product, but this initial release is limited to only two barrels. They plan for another release by the end of 2021, but the majority of their product won’t fully age until 2024. Those looking to get a taste of this new bourbon can visit Baltimore Spirit’s recently completed tasting room “The Cocktail Gallery.” 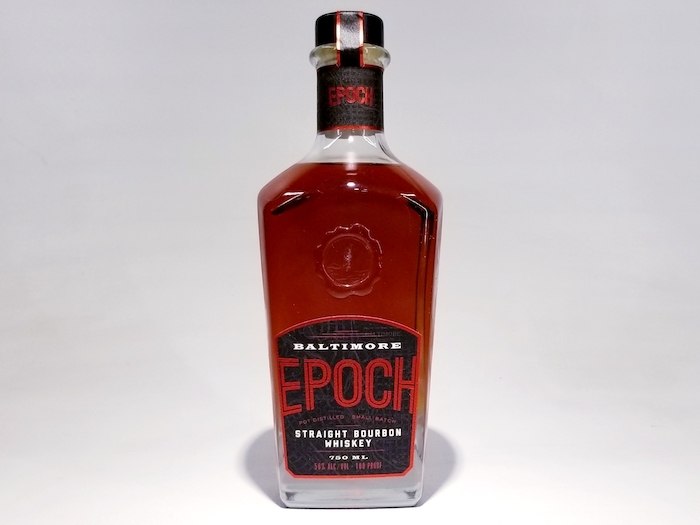 “While rye was our first love, of course, we have a soft spot for bourbon,” said Max Lents, co-founder of Baltimore Spirits, in a prepared statement. “After all, Basil Hayden himself, ‘the Father of High Rye Bourbon,’ was a Marylander. … We’re incredibly proud of our Epoch line, and this bourbon is definitely a worthy addition to it.”

Epoch Straight Bourbon Whiskey, clocking in at 100 proof, is available for $49.99.

Founded in 2015 by friends Ian Newton, Max Lents, and Eli Breitburg-Smith, the Baltimore Spirits Company distills spirits the brand feels express the culture, chorus, and meaning of Baltimore, helping to restore an industry of rye whiskey and spirits manufacturing to Maryland.