The Withered Oak brand was curated by the team at 4 Hands and 1220 Artisan Spirits over the past four years. The new brand launched earlier this month with two exclusive, single barrel-aged spirits: a 5-year rye whiskey and a 5-year straight bourbon whiskey.

Later this winter, a 4-year blended rye whiskey will launch was well. 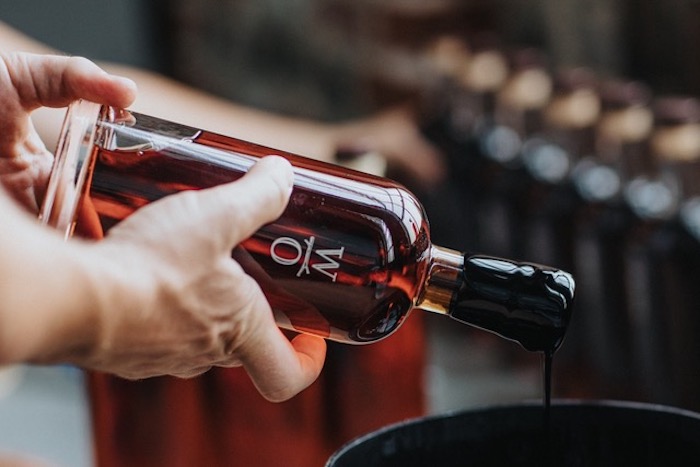 Withered Oak was created out of a partnership with MGP, a producer of premium distilled and branded spirits. MGP’s master blender Sam Schmeltzer was sought out to identify what’s described as the perfect profile for Withered Oak. His whiskey barrel selection resulted in a unique blended rye and single barrel offerings.

“Our initial intention with Withered Oak was to identify an interesting selection of barrels for a 4-year blended rye whiskey,” Kevin Lemp said. “While working through the barrel inventory, we identified select barrels that were really special and warranted a single barrel release. It was somewhat of a happy accident, but we’re thrilled with the end product of not only our blended rye, but our bonus 5-year bourbon and 5-year rye whiskey.”

In regards to the partnership with the Withered Oak team, Schmeltzer stated, “Kevin came to me with an exciting proposition – free creative reign to select my favorite barrels among our vast selection. He said ‘I want you to do something that hasn’t been done before.’ That freedom allowed us to tap into some barrel selections to offer something totally different. It was a true collaborative process to dial in the flavor profiles.”

“We wanted to choose from the finest catalogue of whiskey in the world and build a brand with integrity around it,” Lemp said. “MGP is the best partner for that,” says Lemp. “I like to trust talented people to express themselves. You can’t be in this business if you don’t value that. With the quality of the liquid in the barrels to start, combined with our team’s time and passion to finesse the finished product, we are thrilled to launch a sophisticated product like Withered Oak in the aged spirits space.”

Official information on the whiskeys at the time of launch indicated each “bottle has been individually filled and hand-stamped straight from the barrel at 118 proof. Aged for five years and meant to be sipped neat, Withered Oak’s Straight Bourbon Whiskey has notes of cinnamon, heavy caramel, and vanilla, with hints of oak. Withered Oak’s 5-year Rye Whiskey has notes of cinnamon, subtle hints of mint, clove, spice, and butterscotch, with a long mouthfeel finish.”