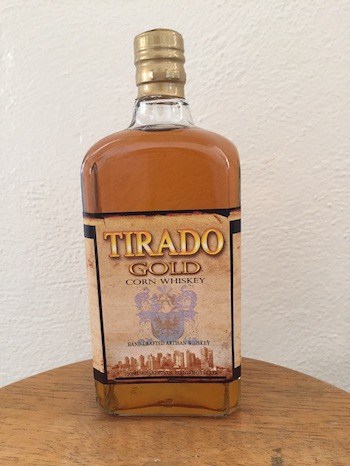 The first legal distillery in the Bronx since before Prohibition, Tirado Distilling Inc. permanently closed in December 2016. Built around its creative, charismatic founder and former M.D., Renee Hernandez, Tirado struggled to find a niche for their sweet liquors, slowly building a clientele of a few dozen bars serving their spirits in cocktails, and searching for distribution.

After a tour of a Puerto Rico Bacardi facility on a family vacation, founder Dr. Hernandez started distilling rum in 2011. Despite being a teetotaler, he was inspired by the process and chemistry of distilling, because he had been an organic chemistry student before going into medicine. Whiskey and Hernandez’ pet project, a Puerto Rican-style moonshine distilled from New York State maple syrup (instead of traditional molasses) soon followed. He tried to keep production local and organic, using corn partially sourced from New York State farms to make Tirado Gold Corn Whiskey.

Tirado Distillery Inc. products and facilities were a part of the community of the Bronx, showcasing a distinctly Puerto Rican-style, bringing a diverse community together in taste, tours and events. The facility increasingly struggled to lure customers into their tasting room and win fans. Gimmicks included jazz themed parties with live bands, cigar tastings, and the distillery even hosted sex toy couples seminar.

Although this distillery is closed, determined connoisseurs of the sweet, Puerto Rican style spirits can probably track down a few bottles at liquor stores around the Bronx and Manhattan. But we wonder who is hosting the sex toy seminars now.

Palate: This whiskey was designed to be smooth, with creamed corn, buttered caramel corn, molasses, hay, vanilla, and stale cinnamon all competing in the sweet spirit. It finishes with a lingering charred sugarcane flavor.

This sweet whiskey is not made for whiskey drinkers. It’s so smoothly and sweet, it really drinks like rum. Plus the ashy charcoal and charred sugar flavor isn’t well integrated and gratingly lingers on the finish. I wouldn’t recommend it, except as a novelty.