Founders Jamie Duff and Roger Holmes started Stolen Spirits in an apartment in 2010, and hand-delivered their first spirits to bars in Auckland, NZ.  The company was later picked up by U.S.-based Liquid Asset Brands in 2016, with a $21 million investment that’s helping the brand expand its reach throughout America, New Zealand and Australia.

Stolen Spirits is best known for its Stolen Rum and fun marketing initiatives, making waves in 2014 with a free couch giveaway in Miami, Sydney, and Dunedin. They have just now introduced Stolen Whiskey, an 11-year-aged American-style whiskey, to the U.S. market in March 2017.

Stolen finds much of its inspiration in finding ways to bring smokiness into its spirits. For its whiskey, the non-distilling producer starts with a corn whiskey that has been aged in used barrels for a minimum of 11 years at MGP in Indiana. The whiskey then undergoes a secondary aging for roughly 28 days, giving the whiskey a smoky, caramel undertone and coper coloring.

The secondary aging process used by Stolen is what helps create the distinction between Stolen and other smoked whiskeys. The company takes staves from ex-whiskey barrels and toasts them in a 360-degree rotation over an oak wood fire. The result is a more complex nose and a more subtle smokiness that blends with the whiskey’s initially sweeter flavor palate. 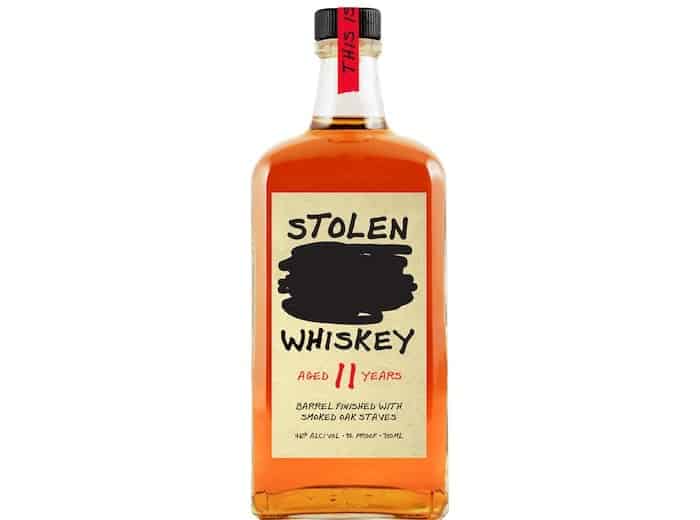 Vital Stats: 92 proof. 46 percent alcohol by volume in a 750 milliliter bottle. Corn whiskey aged for roughly 11 years in used barrels at MGPI in Indiana and then finished with a second aging in toasted barrels for about 28 days.

Nose: My first whiff, I get hints of toffee, chocolate and a bit of sour oak. As I sat with it, I detected more of an element of dried dark fruit. The nose bouquet reminds me of a complex wine.

Palate: At first sip, I’m hit with a toasted oaky taste that softens into a sweet, syrupy molasses flavor. The whiskey has the hints of smokiness people have come to expect from Stolen Spirits, but more delicate than you might expect.

The whiskey has a buttery, creamy texture, leaving a nice coating in your mouth. Well balanced with a smooth finish, spices like nutmeg and a slight vanilla flavor lingers at the end.

I found the balance of sweet, smoke, and spices quite enjoyable. The woodiness of the whiskey helps balance the sweetness from the notes of chocolate and caramel. I think it’s a pleasant whiskey for sipping, particularly if you prefer to drink your whiskey neat and like a slightly sweeter palate.

The brand provides recommendations for cocktails to make with their whiskey; however, I didn’t try it in a mix drink yet. To me, the palate feels more suited for an old fashion than a Manhattan. Overall, Stolen Whiskey is a good whiskey for its price point.