Editor’s Note: This whiskey was provided to us as a review sample by Sagamore Spirit. This in no way, per our editorial policies, influenced the final outcome of this review.

Kevin Plank started Under Armour with $20,000 in personal savings and $40,000 in credit card debt, and in less than two decades built it into a behemoth with a reputation for some of the fastest growth rates in corporate America. At its peak a few years ago, Under Armour boasted a market-cap value of more than $28 billion.

But Under Armour is not at its peak these days, and neither is Kevin Plank. As the company he founded faces questions about slowing sales and questionable accounting, Plank stepped down as CEO last fall.

Granted, you’re here to read about whiskey, not sports apparel. It’s helpful, however, to know Plank’s history in order to appreciate Sagamore Spirit Distillery. Plank, a former University of Maryland football player, is as integral in the distillery’s founding and development as he was in Under Armour’s.

The through-line between Under Armour and Sagamore Spirit is that each is Baltimore-based, relentlessly ambitious and a passion project of its founder. Plank’s passion, in this latter case, is for Sagamore Spirit to make “Maryland-style” rye whiskey that stands apart from the crowd.

There’s work to be done, but I wouldn’t count Plank out. Sagamore Spirit ryes have already won a number of industry awards, including a double-gold citation for the cognac-finish expression at this year’s Denver International Spirits Competition. The cognac-finish is one of seven ryes currently in production from the distillery. 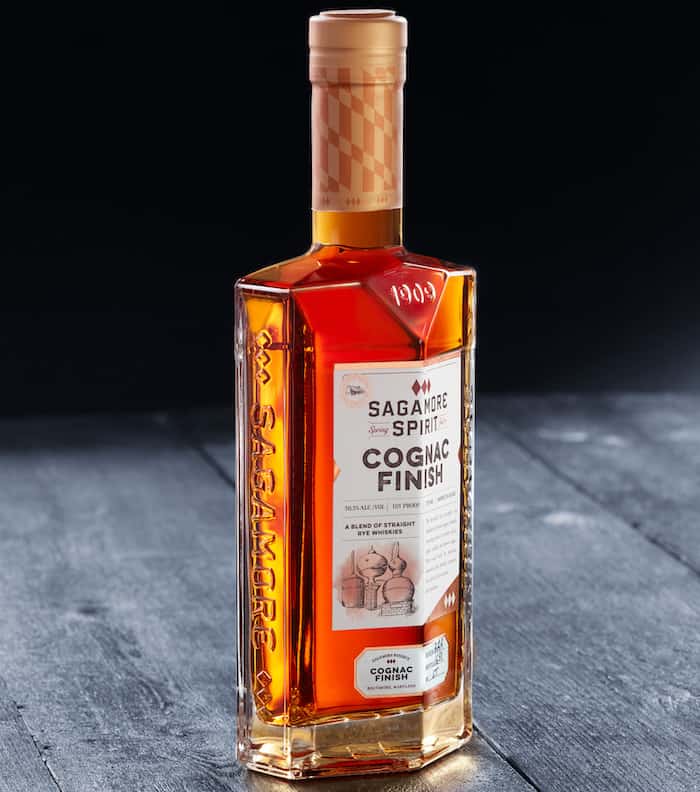 Palate: Arrives a little spicy like a rye should, with notes of fresh-cut ginger and cinnamon. But there’s more going on here. Soon, you begin to taste brown sugar and date bars.

Sagamore’s first batch of the cognac-finish rye was a distillery exclusive, but it’s back this time in wide release. It’s a good sipping rye, in the same vein as E.H. Taylor’s Straight Rye. This is a little darker, moodier and sweeter than the E.H. Taylor, though. Bourbon drinkers who aren’t as familiar with ryes might like this as a crossover.

The finish is long, but doesn’t fade as nicely as I would’ve preferred. As the spice and sweetness drop away, you’re left with lingering black tea flavor.