In honor of the recent inauguration of the first female vice-president of the United States, D.C.-based distillers Republic Restoratives has released MADAM, a blend of 7 year old bourbon and 5 year old rye that features a portrait of Kamala Harris on each bottle.

This new expression is a collaboration with Lex Marie, a visual artist from the D.C. area who painted the portrait of Vice President Harris that will be on each bottle of MADAM. Marie says she was inspired by her studies of portraits of French women of status and felt that those paintings “served as a way to show the sitter’s importance, beauty, and power, and I felt that Vice President Kamala Harris deserved to be represented in that way.” 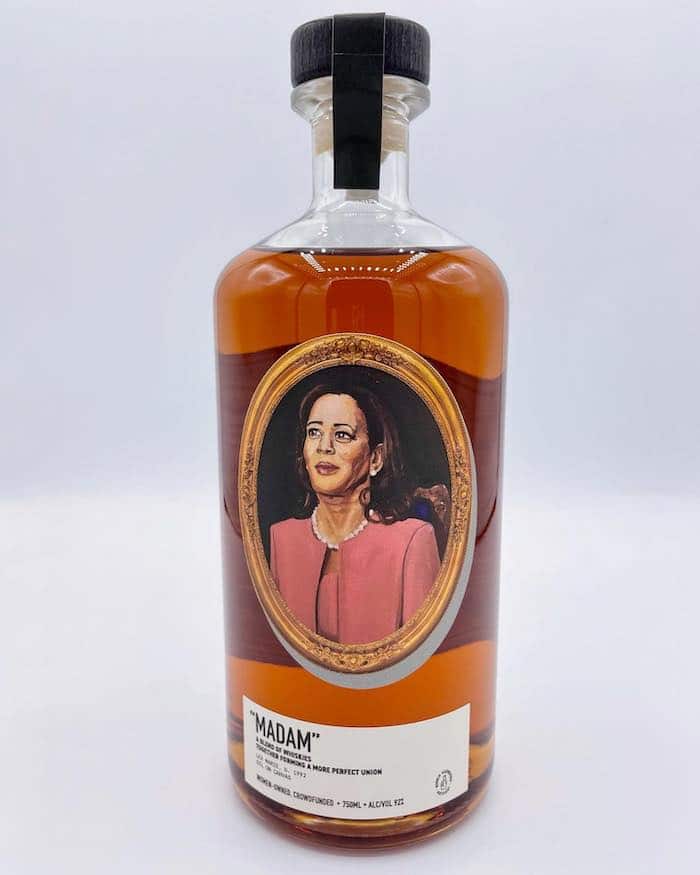 “Many artists, including myself, create as a response to what is going on in their lives and the lives of those around them,” Marie continued, in a prepared statement. “Our work is so important because it captures these important events with true emotion as they take place. As a black woman, I feel honored to paint a portrait of our first black female VP the year she was elected. These are artworks that we will show our grandchildren and their grandchildren.”

Pre-orders for MADAM are going on now for home delivery in D.C. and curbside pickup at Republic Restoratives’ distillery. Bottles are available on their own for $89 or paired with their I’M SPEAKING Purpose Rye for $155.

226
Shares
5.1k
Views
Share on FacebookShare on TwitterGet Our Newsletter
Read More Whiskey News
Whiskey Review: Jack Daniel’s Tennessee Taster’s Selection #6 Jamaican Allspice
Cheers to the Dads! Personalize a bottle of his favorite whiskey to create a modern gift for the modern man. Use code: FATHERSDAY20 for $20 off your next order of $100 or more at ReserveBar