Van Winkle Whiskeys: How Much They Really Price At

As the latest crop of Van Winkle whiskies make their way across the country to markets where, for the most part, the prices will be super overinflated, there will be at least a few whiskey drinkers/collectors pondering how much these bottles really should cost. This information, while not exactly hidden, is also not exactly that easy to find online either. A newly updated website for the Old Rip Van Winkle Distillery is helping to change that now however, putting said amounts front and center for all to see. 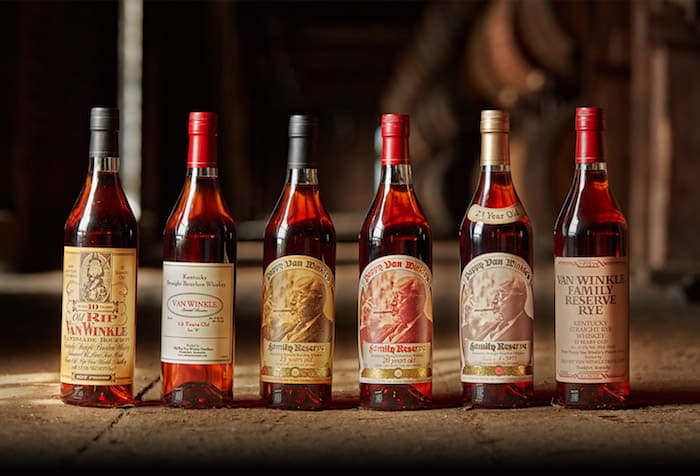 To thus give you a sense of the actual MSRP versus what these bottles are averaging in retail right now across this great land of ours, here are the data points observed (1) at the Van Winkle site and (2) Wine-Searcher. Keep in mind the latter, which plugs into pricing across hundreds of retailers, will fluxate a fair amount over time, so what you see below is representative of average pricing at the time this post was published.

Now, as you can see, there are obviously super huge discrepancies between what the Van Winkles/Buffalo Trace (the distiller of these whiskies) price these bottlings at and what is being asked for them in the actual market. Quite simply put, it is extremely outrageous. Take, for example, the Van Winkle 15 Year. You would think the biggest mark up would be among the older age statements, but in this case it looks to be this bottling at a rather staggering 1,413%!!

We’ve written rather extensively in the past about the Van Winkle offerings and reasons why the overinflated pricing is as it is, so I won’t rehash that here. Rather, I’ll leave you with a letter the Van Winkles put up on their website which, while not speaking directly to the pricing concerns, does give at least a flavor of how things have ended up playing out for this line of whiskeys as they have. Take it as you will.

We are frequently asked why our whiskey is so hard to find. It’s difficult to put a finger on just one or two particular reasons, but here are a few things that have led to the popularity and scarcity of our whiskey.

First, the whiskey is very good. When something is good, you naturally tell others about it. Word of mouth is priceless.

In the early nineties we received a very high rating from the Chicago Beverage Tasting Institute. That led to receiving many awards from tasting competitions by beverage magazines both here and abroad. Even celebrity chefs have touted our whiskey as being their favorite. That type of advertising is something we could never afford, but it has certainly contributed to our brand becoming a cult phenomenon. For that we are grateful.

Another contributing factor was joining the Sazerac/Buffalo Trace family. This merger spread knowledge of our brand way beyond Kentucky and into other major markets.

Finally, we are making more whiskey each year, but it takes us 10 to 23 years to make that whiskey available to you. The only bottles of whiskey that don’t get distributed to bars, restaurants and liquor stores are the few we donate to charities and foundations.

We greatly appreciate all of our fans and your support. We hope that you have the chance to try some of our fine whiskey for yourself.

Best of luck to you,
The Van Winkles