Tejas, the Spanish spelling of ancient Caddo word for “friend” or “ally” is a ongoing collaboration between the festival and various Texas distillers creating unique releases. Each bottling will be a limited offering available only through the respective distillery.

The new Tom Roy from Modisett & Sons is a 18-month-old single malt aged one year in used barrels, then finished six months in used brandy barrels. The new expression was named after the dad in the father and son duo that made the single malt, which uses a unique barley called Golden Vienna Pilsner that’s said to be packed with flavor. 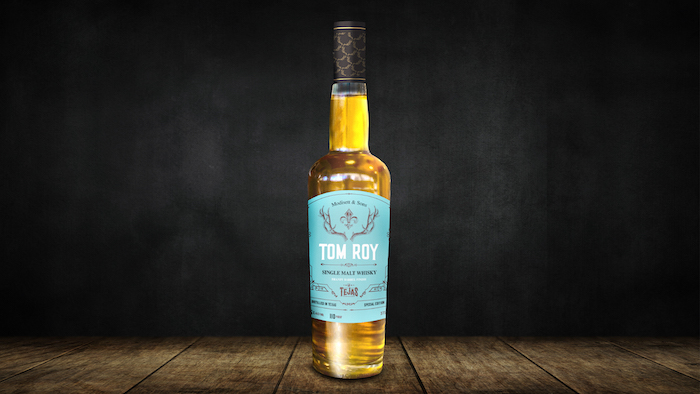 “I love the history of this project,” said Texas Whiskey Festival Co-Founds and creative director for the Tejas series Jake Clements in a prepared statement. “Before the barrels aged the brandy they held the first-ever Bottled in Bond Whiskey released in Texas.”

“It was incredible to see how the flavors changed in a short amount of time,” said Modisett & Sons Co-Founder Tom Roy Modisett. “It created flavors I fell in love with.”

Modisett & Sons started as a father and son bucket list golf trip to the Old Course at St. Andrews. There, a passion for scotch was born. Modisett & Sons said it strives to bring the classic qualities of scotch to Texas by following traditional Scottish distillation methods.

In order to ensure what they feel is the highest quality, the distillery utilizes Scottish copper pot stills and premium malted barley. Being aged in second run American Oak barrels in the capricious Texas climate is said by the brand to set them apart from all other single malt whiskies.