Owen Martin, head distiller at Stranahan’s, said the Caribbean Rum Cask is the latest in their series of Distillery Exclusives that “showcase our ongoing innovation within the growing American single malt category. Up to three years of aging in Caribbean rum barrels results in a whiskey that bursts with lively, tropical flavor.”

Like other Stranahan’s expressions, the Caribbean Rum Cask is distilled from 100 percent malted barley and handmade in small batches at the Stranahan’s distillery, noted as being Colorado’s first legal distillery since Prohibition. 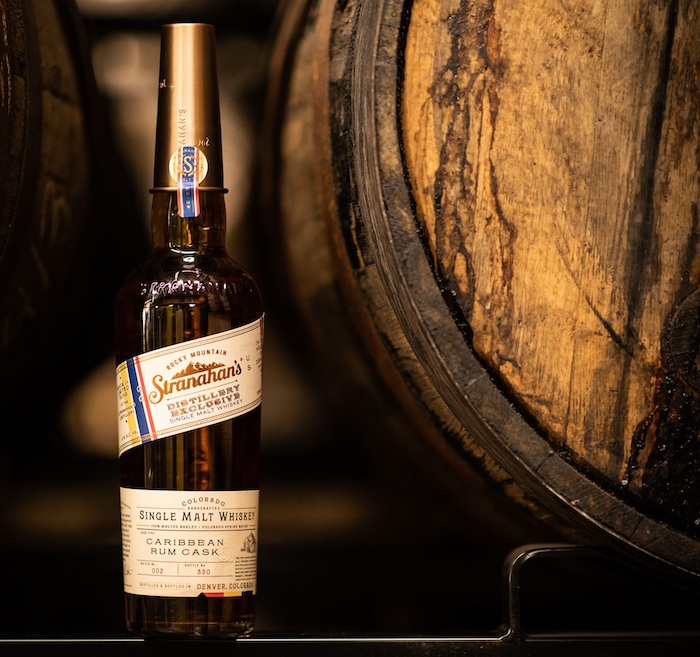 Once distilled from 100% malted barley, it is aged in virgin American oak barrels with #3 char. After an initial maturation, what ultimately results as a marriage of 5 to 9-year-old Stranahan’s whiskey is transferred into Caribbean rum barrels, where the liquid is finished for up to three years.

The Stranahan’s Caribbean Rum Cask whiskey is then cut to 90 proof with their mountain water from Eldorado Springs and chill filtered.

This new whiskey retails for $69.99 for a 750ml bottle and is only available at Stranahan’s Denver distillery location. Limited official tasting notes can be found below.

Read More Whiskey News
Who Gets The Best Whiskey?