Spirit Whiskey: (A Little) More than Vodka - The Whiskey Wash 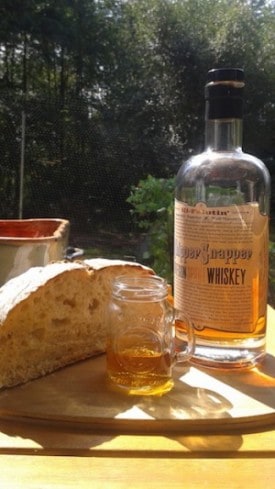 Editor’s Note: A previous version of this article listed several whiskies which are not technically spirit whiskies. We’ve updated it with a few other ones which do fit the category. We regret the error.

Spirit whiskey. That’s redundant, right?  Whiskey is spirit, and some spirits are whiskey, but spirit whiskey is its own thing, for better or worse – and a lot of people think it is for the worse.

Spirit whiskey is defined as being a combination of neutral grain spirit and whiskey, consisting of at least 5% whiskey and no more than 20% straight whiskey (a category of American whiskey aged at least two years, among other requirements).

Some spirit whiskeys are little more than whiskey-flavored vodka, though a recent crop of craft releases are exploring the outer reaches of the category.

Neutral grain spirit (read: vodka) must be distilled at 190 proof and has minimal character, aroma, taste or color.  Now, anyone who has done a comparative vodka tasting can tell you that there can be great flavor variations between different types of vodka. Vodka made from grapes has a certain sweetness, potato vodka is a little creamier, and wheat vodka is very clean tasting.

The same can be said of spirit whiskies. The more actual whiskey there is in a spirit whiskey, how flavorful that whiskey is, and the choice of neutral grain spirit will determine the amount of flavor.

Several recent craft releases offer some interesting takes on the genre.  For those who like the flavor of corn in their spirit, try American Spirit Whiskey or Kansas Clean Distilled. There’s also the rather innovative WhipperSnapper from Ransom Spirits of Oregon, which is described as having a mash bill that is most similar to bourbon, but is also “quite heavy on malted barley, and aromatically is more similar to a non-peated scotch or irish whiskey.”

Spirit whiskey is not something new and different, but it is making a comeback with more upscale packaging and unusual blends for a new audience.