Moonshining, or the act of making spirits like whiskey illegally, is something often caught up in lore, particularly with regards to the days of Prohibition and large bootlegging operations. Though spirits production in this day and age is legal in pretty much every state, it isn’t necessarily legal for those who do not have a distillery license. Thus the door still remains open to illicit distilling, which was the subject just recently of a rather old school bust in a rural part of South Carolina.

The Orangeburg County Sheriff’s Office, led by sheriff Leroy Ravenell, took to social media today (see part of the original Facebook post + some photos embedded below) to reveal they had broken up “a large and active liquor still” in the eastern part of the county. The still was said to have been located “a few miles east of Holly Hill in a remote and deeply wooded area.”

Law officials, subsequently armed with, I kid you not, axes and a shotgun, proceeded into the woods and found “more than 12 55-gallon barrels” with actively fermenting liquid inside them. 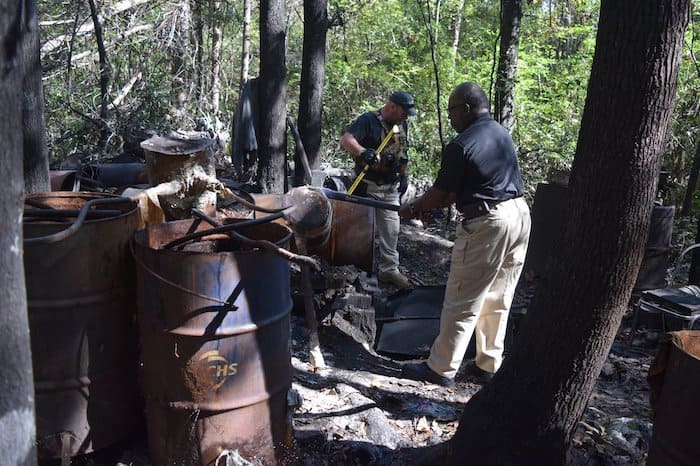 It is said that, with a weapon of choice in hand, investigators began “rendering the barrels useless by slicing holes into them. Some were simply shot with a 12-guage shotgun.” In total more than 600 gallons of illegally made liquor were destroyed.

“If people up and down the east coast could see how this stuff is made, they’d reconsider their orders,” said Ravenell, who was on site at the raid, in a prepared statement. “As it is there will be some empty glasses pretty soon.” 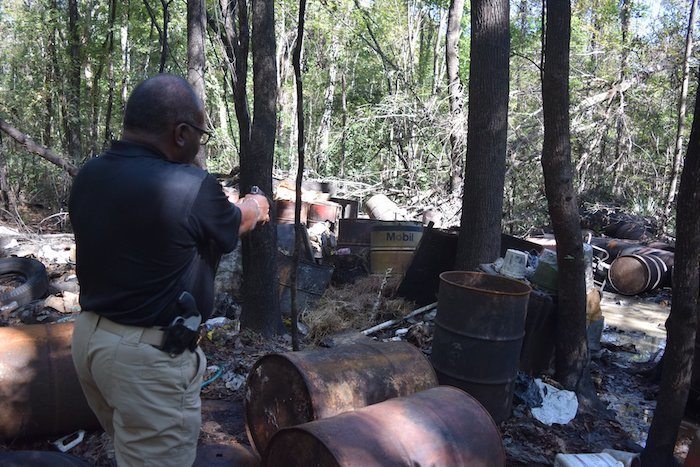 As if to add to the drama of this whole thing, the sheriff’s office pointed out that “as the nearly-ready hooch ran downhill, a wharf rat ran out of the large setup, perhaps in an effort to locate a quieter neighborhood.”

Besides the fermenting liquid, four barrels of mash, tools and a generator were also destroyed during the raid. A conservative estimate of value was put on the illegal liquor of between $6,000 and $10,000. No arrests were made.