Oak and Grist Distilling Co. based in Black Mountain, North Carolina, recently unveiled its first American single malt whiskey. It believes it is taking a different tack though in how it is making this expression, aiming to meet the specific Scottish standards for single malts there.

Those specifications require the whisky to be distilled at a distillery from only water, malted barley and yeast that’s processed from mash, fermented without the aid of additional enzymes, distilled in a pot still, and aged for no less than three years in barrels no larger than 700 liters. 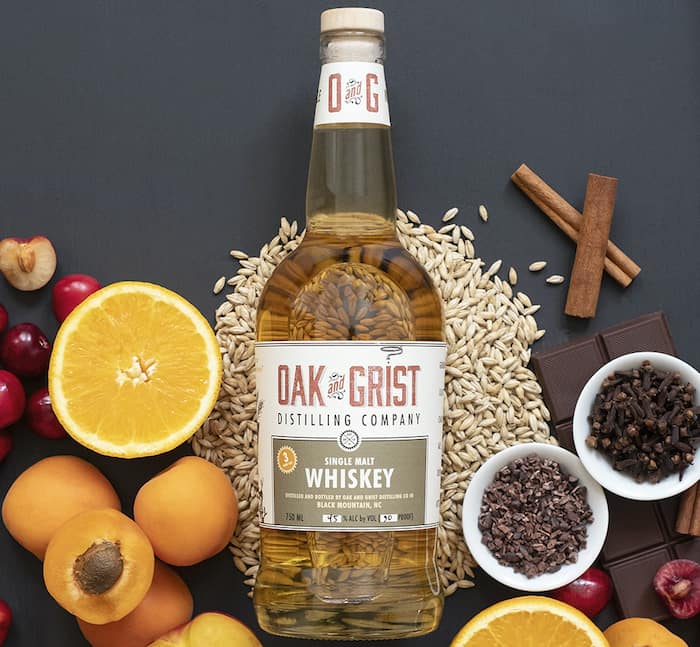 William Goldberg, longtime Asheville resident, teamed up with his family friend and veteran master distiller of Elgin’s Glen Moray Distillery Edwin Dodson to learn the process from the best in Scotland.

“One thing that became crystal clear to me early on was how much work it takes to actually create whiskey from grain to glass. So many distilleries buy pre-made wash, distillate, or aged spirit” said Goldberg in a prepared statement. “But having a background in agriculture, for me there was no other way to do it.”

Oak and Grist notes that it is western Northern Carolina’s only distillery producing 100% of their spirits from grain to glass onsite. The company uses locally malted barley for each of its spirits, and so far its whiskey program is said to have shown through other releases the ways each factor — from char level to barrel history — can create a unique final flavor.

The Oak and Grist Single Malt is bottled at 90 proof, and has limited official tasting notes that suggest “smoked stone fruit, leather, dry meadow, chocolate, citrus, sweet spice, raisin.” Only 521 bottles make up its initial release, though the malt will be perennially available in the coming years.