The history of rye whiskey in America has long been eclipsed by that of Kentucky bourbon. It is something that those from traditional American rye states, such as Pennsylvania and Maryland, know only education and quality spirits will help change, and with a increasing number of distilleries in what’s collectively known as the mid-Atlantic region producing higher quality amounts of the latter, it now falls to better educating as well. It is from this notion that a regional undertaking called the Whiskey Rebellion Trail has been launched.

The Whiskey Rebellion Trail, according to those behind it, is a multi-regional endeavor being pushed by 75 craft distilleries and cultural institutions in the greater Pittsburgh, Philadelphia, Washington, DC, and Baltimore areas. It is the brainchild of Meredith Grelli, an owner of the popular Wigle Whiskey distillery in Pittsburgh, Pennsylvania, who believed it was time to help Americans better understand the complete history of American whiskey.

“The Mid-Atlantic has been a hotbed of alcohol ingenuity from its start–as the birthplace of Rye Whiskey and home of the 1790s Whiskey Rebellion,” said Grelli in a prepared statement. “We’ve charted a spirited journey to give the spirits curious a taste of the craft producers and cultural institutions that are putting this region on the map once again.”

Grelli helped corral into a collaborative effort a dozen destination marketing organizations, as well as dozens of craft distilleries and cultural institutions throughout the Mid-Atlantic, all of whom worked together on this three year development effort. How it all works from a consumer facing perspective is that “visitors can follow a curated itinerary to travel along a multi-day Master Trail, taking them through the heart of the Whiskey Rebellion and through each major city in the region, including Pittsburgh, Baltimore, Washington, DC and Philadelphia. Weekender and one-day passes are available for each region, including for Washington, DC, Bedford, Lancaster and Bucks Counties and the Laurel Highlands in Pennsylvania. 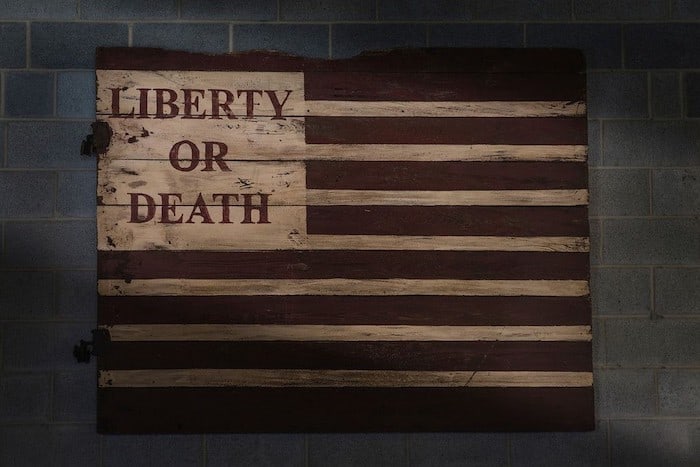 “Passes, available at www.whiskeyrebelliontrail.com, include entrance to museums, including the Senator John Heinz History Center,George Washington’s Mount Vernon, and the Museum of the American Revolution, as well as cocktails, flights and tours at the 70 participating distilleries. Passes will range in price from free to $165 for an annual pass. Visitors will be able to track their progress on their mobile device.”

A review of the distillery list across the different regions reveals some pretty significant regional whiskey making operators, including Wigle, Dad’s Hat, Stoll and Wolfe, Thistle Finch and Sagamore Spirit, just to name a few. In its inaugural year, the Trail will focus on craft distilleries and museums, with the intention of adding bars, restaurants,and hotels as part of the complete passport offering.

“No taxation without representation and no taxation on whiskey,” noted Jeff Guaracino, president and CEO, Visit Philadelphia. “That’s how the American people felt in the 1790s when Alexander Hamilton pushed for the whiskey tax and they made sure their politicians knew about it. For whiskey enthusiasts, our newly formed Whiskey Rebellion Trail is an opportunity to explore our spirits scene tumultuous past and its exciting present. And for our partners in the trail, it’s an opportunity to see what economic benefits come from this untapped tourism product.”

“This isn’t a scripted trail, but a living historic trail filled with entrepreneurship in its earliest form, rebels and rebellion, taxes, and are solute spirit that continues to this day,” added Ann Nemanic, Executive Director, Laurel Highlands Visitors Bureau. “We want visitors to raise a glass and toast those who literally lead the charge for the beverages we savor today.”