Buzzard’s Roost Sippin’ Whiskeys is one of those interesting regional whiskey brands started by someone with great knowledge of the workings of the industry. In this case we reference one Jason Brauner out of Kentucky who, in 2005, opened Bourbons Bistro in Louisville. It has gone on to become one of the places in the area to have a whiskey, and it is from this experience and years interacting with distillers that Brauner desired to go “from just selling whiskey to making whiskey.”

Enter thus in recent times Buzzard’s Roost, in which Brauner sources aged whiskey and finishes it for a spell in custom created, new “53-gallon white oak barrels that are carefully toasted and very lightly charred” to deliver the flavor profile he seeks. He has a few expressions already to date, and now has apparently debuted a barrel strength rye. 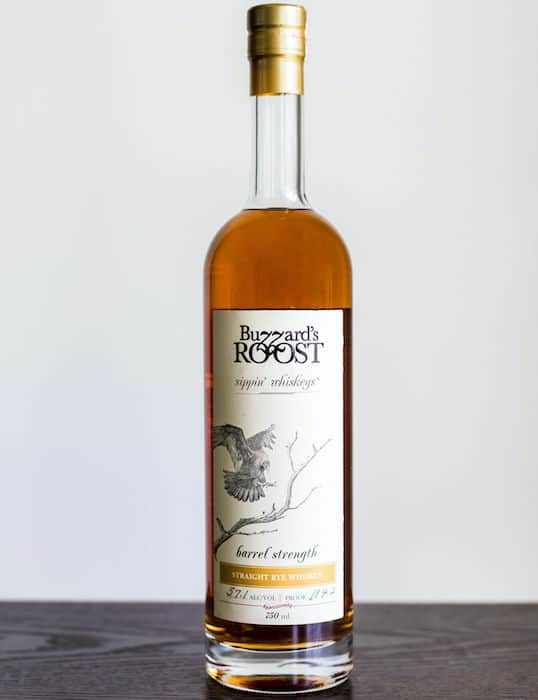 The new Buzzard’s Roost Barrel Strength Rye, according to those behind it, is “aged in proprietary barrels” and bottled at a hearty 113 to 116 proof. Uncut, unfiltered – it isn’t Booker’s, but instead something a bit different that’s bottled from a single barrel that meet select criteria.

“Whenever I am tasting and selecting barrels for a new release, it’s always at barrel proof,” said Brauner in a prepared statement. “This experience is something that I have always been passionate about sharing. Our proprietary barrels deliver a lot of complexity to the whiskeys at an early age. Keeping the whiskey at barrel proof pushes that complexity to the next level.”

Plans call for the first release of this rye whiskey to price around $80 per 750 ml bottle. Availability is limited to liquor stores in Kentucky.