As the American single malt whiskey train continues to pick up steam, it is becoming more and more common to see young craft distilleries bring to market their own interpretations of this still-not-legally-defined domestic whiskey category. One of the more recent of these is Restless Spirits out of Kansas City, Missouri, which has released a double barreled whiskey.

The Restless Spirits GullyTown Single Malt Whiskey, according to those behind it, is distilled from malted barley at the distillery in north Kansas City. The first batch of this whiskey is then aged six months in new charred oak and 18 months in used bourbon casks before being bottled. 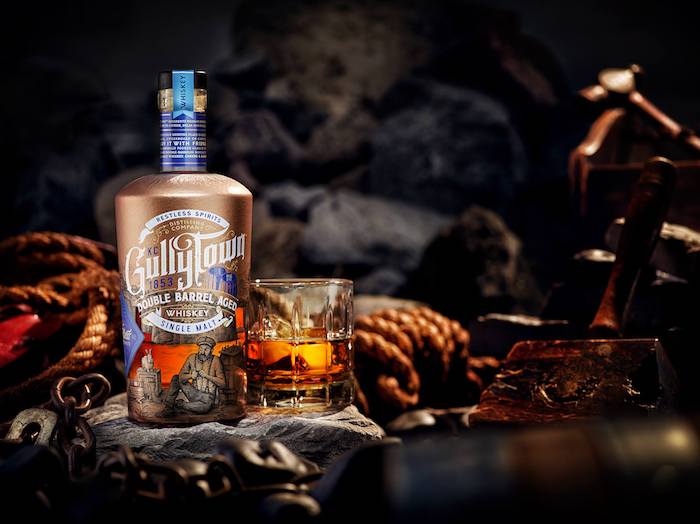 “The flavor profile of this whiskey is the result of a unique double barrel-aging process,” said Restless Spirits distiller Benay Shannon in a prepared statement. “It’s aged first in new charred oak barrels, drawing out butterscotch flavors and a wisp of smoke, continuing on to fresh bourbon casks for a minimum of one year, mellowing the whiskey and adding complexity with layers of vanilla and honey.”

GullyTown looks to be pricing around $50 should you seek a bottle of it out. It is named as such, by the way, because Gully Town was the original name for Kansas City before it became a city in 1853. It is said that in late 1800s “Irish, Italian and German immigrants carved a community out of the rocky limestone bluffs above the gullies leading to the banks of the Missouri River.”