Jack Daniel’s, following two successful launches in recent years of its Heritage Barrel expression, is debuting a new single barrel release for late 2020 that will appeal to lovers of American rye whiskey. Known as the Single Barrel 2020 Special Release Barrel Proof Rye, it is limited to just 200 barrels.

The new Jack Daniel’s Single Barrel 2020 Special Release Barrel Proof Rye, according to those behind it, is described as a Tennessee Rye that is the distillery’s newest grain bill since Prohibition. It is made up of 70% rye, 12% malt and 18% corn. Barrels for it were aged in the highest areas of a barrel house, resulting in what’s officially described as “a deep copper hue with robust aromas of deep smoke, raisin, rich caramel and toasted fruit; boasting tastes of molasses, sawn oak and bold rye spices with a peppery finish.” 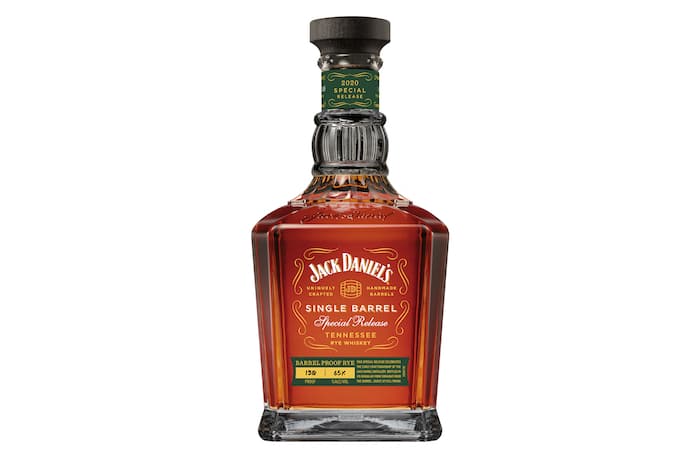 “Our team created this special release to give our friends the chance to taste our rye whiskey at the proof mother nature created,” said Jack Daniel’s newly appointed Master Distiller Chris Fletcher in a prepared statement. “This barrel proof offering is as close as you can get to being inside a barrelhouse and sampling for yourself.

“I’m excited to begin my tenure as Master Distiller alongside this special release that celebrates our award-winning rye whiskey, and I look forward to sharing it with the many friends of Jack who are sure to be satisfied.”

Plans call for this Tennessee whiskey, bottled at full proof, to price at around $65 per 750 ml bottle. It will hit store shelves starting later this month. The distillery team noted of it that, because it is “charcoal mellowed and aged in new, white oak barrels, it also has the Jack character and smooth finish.”