Jack Daniel’s has unveiled the second installment in their Legacy Edition series, which is what the brand is calling a series of redesigned labels for their standard Old No. 7 Tennessee Whiskey inspired by bottles from the storied distillery’s past.

The first edition, which hit shelves in 2018, was a green and red look the company last used before 1904. This second release takes us a little further into the 20th century, up to the first introduction of the predominantly black color palette that’s become so associated with the brand. It also features “a rope and anchor to symbolize Jack’s unmoving confidence,” according to a prepared statement, as well as three stars, which represent the state of Tennessee. 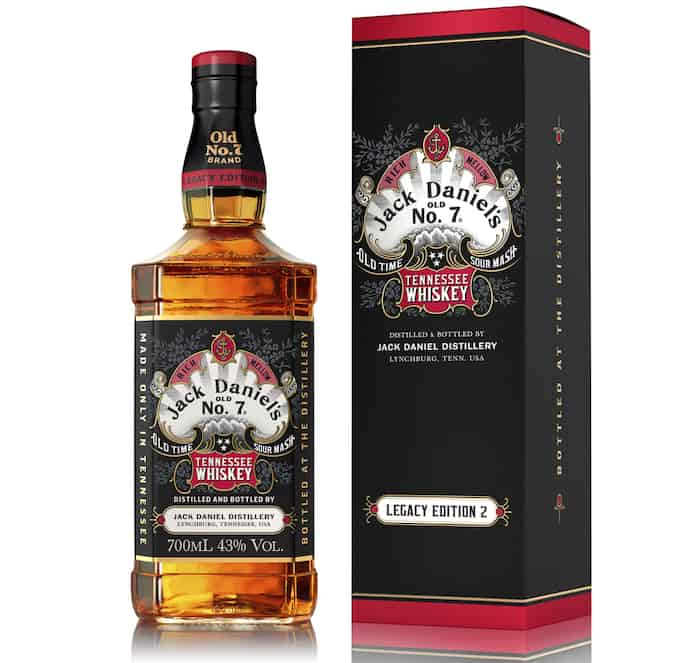 “Everyone recognizes Jack’s trademark black label, but very few realize that the Jack Daniel’s label has undergone many variations over the years, most of which looked very different from the one we know today,” said master distiller Jeff Arnett. “This second release in our Legacy Edition series is not only an ode to one of Jack’s first black labels, but also a symbolic celebration of our enduring spirit and commitment to a single great whiskey recipe for more than 150 years.”

The label that inspired Legacy Edition 2 featured the words “medicinal use only,” something that recalls a simpler time, when whiskey was whiskey and booze was medicine. True to more current medical knowledge, that wording will not be featured on the new bottle.