In the world of craft distilling history, Hotaling & Co. is a name that’s both old and new to whiskey drinkers. Old, because the name Hotaling draws inspiration from A.P. Hotaling, a San Francisco-based spirits dealer in the second half of the 1800s whose name became immortalized when his whiskey warehouse on Jackson Street survived the 1906 San Francisco earthquake and fire. New, because the company’s previous name was Anchor Distilling, which was changed earlier this year when parent company Anchor Brewing was acquired by Sapporo. The distilling side of things was not part of the sale.

Hotaling & Co. is known to whiskey drinkers mostly for the Old Potrero line of craft whiskeys. It is now planning to add a new expression to its lineup called J.H. Cutter Whisky. This bottling is historic in and of itself, given that the brand was sold by Hotaling back in the day as a premium product. What’s being offered for sale in modern times brings together 73% sourced bourbon from Kentucky Bourbon Distillers aged 4.5 years, 17% Old Potrero 18th Century Style Rye Whiskey aged a minimum of 3.25 years, and 10% Old Potrero Port Finish Rye Whiskey aged 4 years. 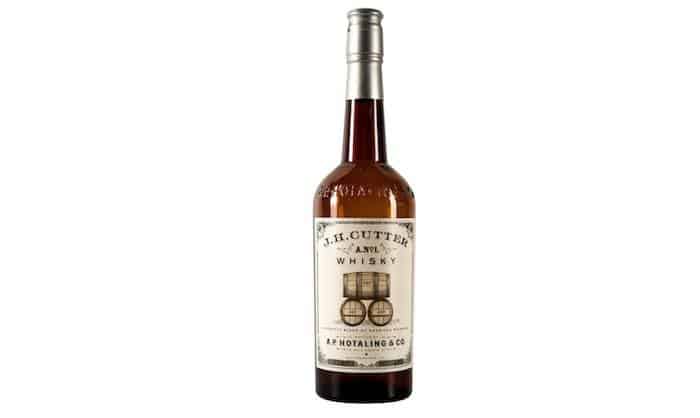 “A.P. Hotaling was the original man of whiskey in the western United States, and with this release of J.H. Cutter, we seek to pay homage to his impact on San Francisco’s whiskey heritage, and celebrate a once great brand,” said Hotaling & Co.’s President & CEO Dennis Carr in a prepared statement.

J.H. Cutter is bottled at 48% ABV and prices around $50. You’ll find limited official tasing notes below for your consideration from Hotaling & Co.

6
Shares
670
Views
Share on FacebookShare on TwitterGet Our Newsletter
Get The Glenlivet 18 Year Old at ReserveBar. Shop now!