When Ken Lewis and Jay Erisman were creating New Riff Distilling, a Kentucky-based American whiskey distillery, they knew they wanted to work with heirloom grains in some fashion, exploring old grains and flavors from the past.

“Distilling really is an agricultural act,” Erisman said. “Every ounce of booze, every drop, comes from a farm … comes from a plant. Think about that.”

It was fortuitous, then, that New Riff got into heirloom grains. “But on the other hand, you would kind of expect it when you are looking for the finest ingredients to make the finest whiskey,” Erisman said.

It was legendary master distiller Jim Rutledge, formerly of Four Roses, through his many years and connections within Seagram, that pointed Jay and New Riff to a corn farmer in Indiana named Charles Fogg.

“Here was a farmer that didn’t just grow fantastic corn, he was trained to grow and analyze the corn specifically for whiskey production,” Erisman explained. “Fogg, he cleans the corn, he runs the analytics, there’s a commitment to quality control.” 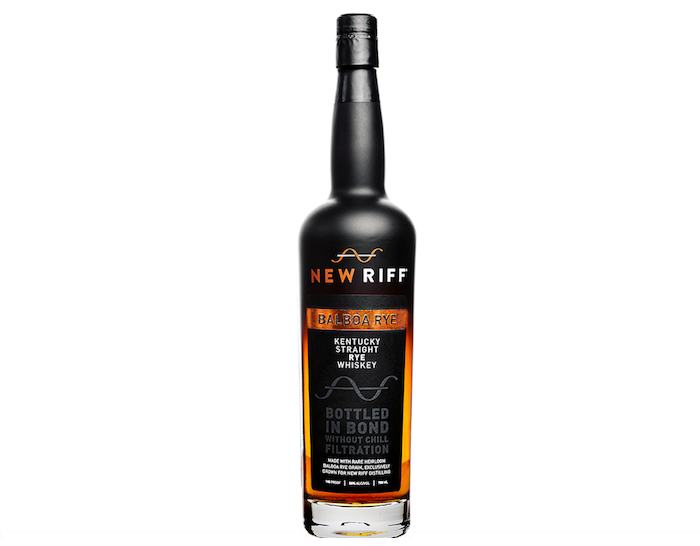 Charles Fogg, a grain farmer in Greenville, Indiana, was now a go-to source for heritage rye and corn.

Known at New Riff as the “Fogg Rye,” Fogg has been growing a supply of rare and forgotten Balboa Rye for years. The heirloom grain dates back to the mid-1930s and is cited in reference materials as being used for whiskey and moonshine production.

New Riff takes delivery of a batch of Fogg Rye yearly and mashes it into a version of their house 95/5 rye. The first batch was released in a small quantity in the fall of 2019. And demand for the bottled rye grew from there.

As Erisman explained it, going back to the summer of 2014, when New Riff began distilling, Fogg himself was making a corn delivery. “He’s unloading his corn, and Charles mentions off hand that on his farm, they also grow a little rye. But at the time, they were growing the rye as a cover crop, in between corn seasons, to keep the soil rich. This rye wasn’t going toward any whiskey production.”

Turns out that was the Balboa rye and New Riff was keen to make a batch of rye whiskey out of it. That one batch turned to three batches, and now New Riff has silos full of Balboa rye.

That 95% rye, 5% malted rye is New Riff’s standard rye recipe. They’ve recently introduced a 100 percent malted rye. But the Balboa rye is something completely different, Erisman said. “This allows drinkers to isolate the Balboa rye, to taste the difference the grain makes.”

Those heirloom grains are coming into focus for New Riff, and for the whiskey industry in general.

Erisman said he has a real affinity for agriculture, for the slow food movement, for farm to table. “I insist on maintaining a close relationship to the farm. We support and reward our farmers. And are committed to a cycle of heirloom grains. That extends to the point where New Riff can take new grains to their farmers and say ‘we want you to grow this.’”

New Riff goes through about 120,000 pounds a year of the balboa grain from Fogg. Not a lot as far as grain stores go. And of the heirloom grains (think blue corn, centennial wheat), heirloom rye is even harder to find. “You can’t just call up a grain company and order this stuff,” Erisman said.

And New Riff is now looking toward an heirloom wheat for a future wheated bourbon.

“I think the old time grains have more flavor, and many different flavors,” Erisman noted.

There is, however, risk with heirloom grains. “One year a planting of heirloom corn for New Riff production was knocked down by strong winds, losing most of the crop,” Erisman explained. “For many reasons, not just weather, heirloom varieties are harder to grow. Think about heirloom tomatoes. They don’t transport well. Thin skinned, a lot more delicate. But so much more flavor than the GMO tomatoes. Same with grain … yes it may be lower yield and less dollars per acre, but at the end of the day, the heirloom varieties taste better, taste different. They preserve the flavors of the past.”

That’s a risk/reward for New Riff. They look for the payoff in flavor, and preserving the heritage. And right now, Erisman said, New Riff is committed to Balboa rye for the future, filling silos of the grain for many batches to come.

And in those future batches, New Riff will continue working with heirloom corn varieties grown by Fogg. Yellow Leaming and Blue Clarage are both heritage varieties developed in southwest Ohio.

Yellow Leaming dates back to 1826 in Hamilton County, while Blue Clarage dates from at least 1920 in Central Ohio.

While raising heirloom grains can always be difficult, Erisman explained that corn is particularly challenging because it’s an open-pollinator that must be grown in an isolated field so it isn’t contaminated by other nearby corn crops.

It was farmer Fogg’s dedication that resulted in New Riff taking delivery of their first two heirloom corn crops in 2017 … varieties that have not been distilled into bourbon in recent memory.

Well, Erisman said, it’s been distilled at New Riff but not released, as those products are aging in New Riff’s Newport warehouses … a future in heirloom grains to come.