Grand Teton’s Private Stock Whiskeys are limited release barrels that have been individually selected, proofed with mountain water, and hand-bottled.

Distilled entirely from local Idaho corn, this whiskey expression has been aged for six and a half years in used American white oak barrels that previously held their Colter’s Run bourbon. Only nine barrels of this limited edition spirit will be released. 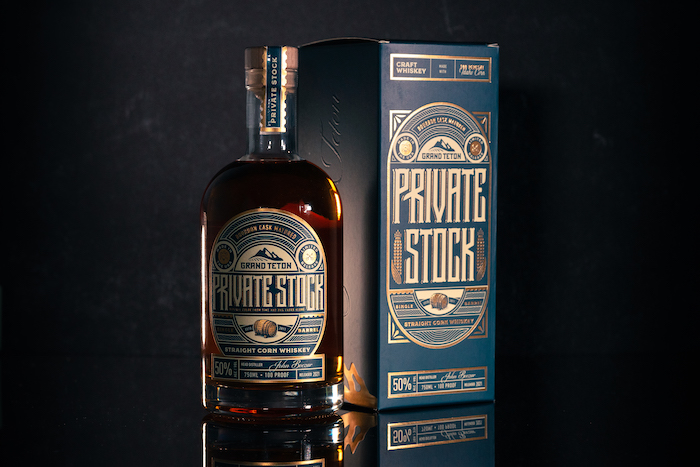 “We’re thrilled to share this special whiskey as we mark our 10 year anniversary,” said John Boczar, head distiller at Grand Teton Distillery, in a prepared statement. “The taste has exceeded our expectations and we’re looking forward to sharing it along with future Private Stock whiskies with whiskey lovers, collectors and those looking for something that really lets our craft shine.”

Distiller’s official tasting notes show the corn whiskey to have aromas of oak, maple and clove, while the whiskey has a golden raisin taste. A creamy, medium-bodied finish has notes of cinnamon and butter.

This grain-to-glass spirit is the first whiskey Grand Teton Distillery milled and distilled and is currently its longest-aged spirit. Each 750ml bottle is hand-numbered with both barrel and bottle numbers and is sold in an embossed gift box. It clocks in at 100 proof and the suggested retail price is $79.95.

The whiskey is available now at the distillery and can be purchased directly online while supplies last. In the coming months, it will be available at select retailers throughout the West.

Founded in 2011 in Teton Valley Idaho, Grand Teton Distillery is a family-owned and operated craft distillery sitting at an elevation of 6,500 feet in the shadow of the Grand Tetons.

Using mineral-rich glacial snowmelt and more than 240k pounds of Idaho potatoes annually, its premium vodkas, bourbons and whiskeys are made entirely from local and regional ingredients.