Journeyman Distillery, based in Three Oaks, Michigan, has been around for a decade or so now, producing a very strong range of whiskeys during its time. It is considered a Midwestern beverage classic by some accounts, and has now teamed up with legendary brewery Goose Island Beer Company for a limited edition whiskey finished in barrels from the latter.

The new Journeyman Corsets, Whips and Whiskey Cask Strength whiskey, according to those behind it, is a variant of the distillery’s Corsets, Whips and Whiskey expression. This whiskey, on its own, is a 100% wheat mash bill expression that is a cask strength offering of their Buggy Whip Wheat bottling. It was initially aged 2 years in 15 gallon barrels and then finished in a Goose Island Bourbon County Stout barrel for 8 months. 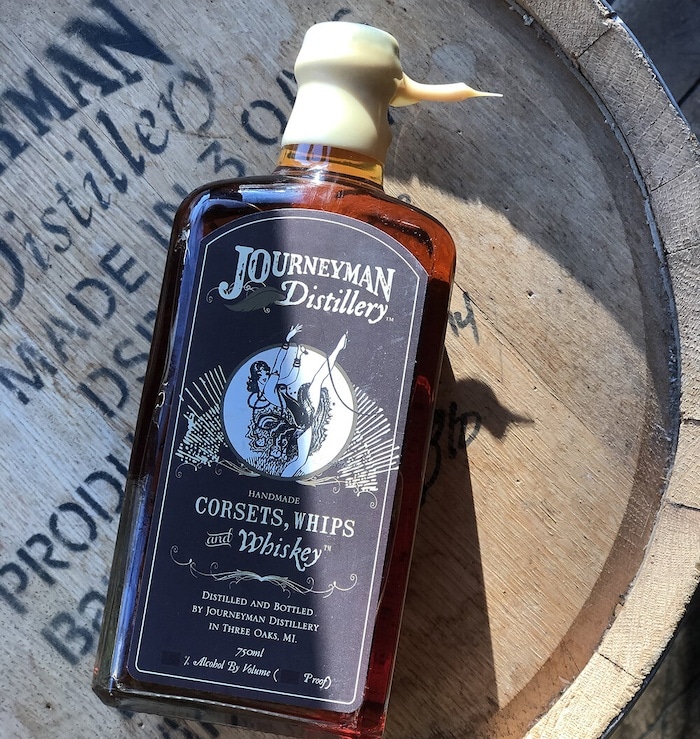 Official tasting notes from the brand indicate this whiskey “is an Autumnal Burnt Ochre in color, with a noticeable sweetness up front. On the nose there are hints of toasted marshmallow and mocha. As the flavor develops traces of overcooked toffee, almond, and dark cherry come through, with a hint of clove on the finish.”

Plans call for it to be available on at the distillery beginning November 27th, at a price point of around $95. Being a limited batch, it is expected it will sell out quickly.

Journeyman, for those that don’t know it, crafts, bottles, sells, and serves organic and kosher certified spirits at the “historic Featherbone Factory.” It is said to pride itself “on using the highest quality grains sourced from Midwestern organic farmers in its award-winning spirits as well as at its Staymaker restaurant.” Journeyman products are distributed in eleven states across the country and available for purchase direct from the distillery.

21
Shares
808
Views
Share on FacebookShare on TwitterGet Our Newsletter
Get The Macallan® Rare Cask at ReserveBar. Shop now!