Gluten Free Whiskey – Is It Real?

Yes, gluten free whiskey is real! Well, mostly. Even though whiskey is often made from glutinous grains (barley, wheat and/or rye), the distillation process removes gluten proteins. Distilled beverages meet the U.S. Food and Drug administration’s proposed standard of less than 20 parts per million of gluten proteins or prolamins, and so can be called gluten free. The National Institutes of Health’s Celiac Disease Awareness Campaign even says that cocktails made with distilled alcohol are safe for celiacs to drink.

However, there are other factors to consider: not all whiskies are straight with nothing added. Some whiskies have caramel color and/or flavoring added. Some barrels are sealed using a glue that is made with wheat based products. This means that for some who are extra-sensitive to gluten, certain whiskies may not agree with them. Adam Bryan has a site called Gluten Free Alcohol List-The Ultimate Guide. There he states that Johnnie Walker Scotch and Jameson Irish whiskies should be avoided by those allergic to gluten. Yet Diageo, owner of Johnnie Walker whiskies, states that they are gluten-free, as does the Jameson Irish whiskey camp. 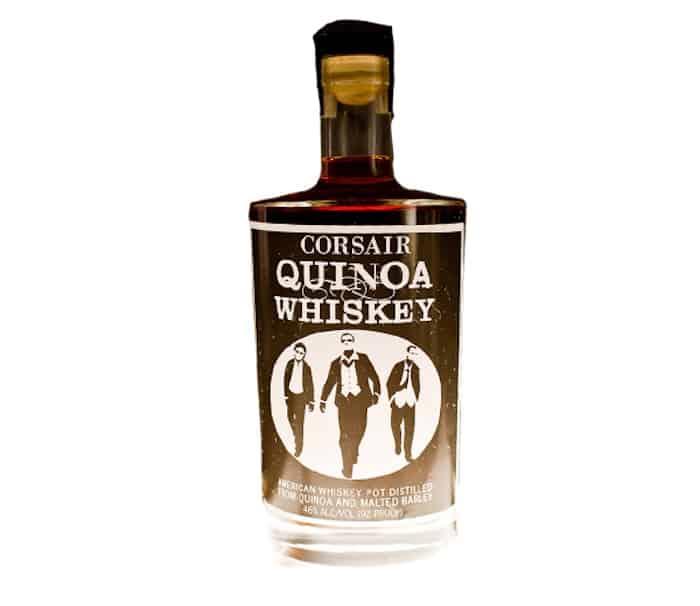 That being said, some experts say that even distilled spirits made with barley, wheat, or rye can be a problem for certain people who are allergic to gluten. This can be a very personal thing. Some can enjoy whiskey made with the big three glutinous grains and be fine, and some may not be able to imbibe. But generally speaking, distilled beverages are a safe bet for those with gluten intolerance.

If you are celiac or allergic to gluten and want to play it safe, stick with distilled beverages made from anything other than wheat, barley, or rye. White whiskey or moonshine made from only corn, for example, would be a safe bet, as would whiskey made from oats or quinoa.

Also, like the tastes of one’s palate, allergies and sensitivities can change over time. For a long time I could not drink the Balvenie Doublewood single malt Scotch whisky. Even a tiny dram gave me a frightful headache. Why, I couldn’t tell you. Now, happily, after years of avoiding it and recently being gifted a bottle, I have found that I can drink it with only pleasant and delicious effects.

The bottom line is, it’s worth experimenting to find your favorites that are agreeable. Slainte!