The George Dickel Tennessee whiskey brand, produced at Diageo’s Cascade Hollow Distilling Co. location under the watchful eye of master distiller Nicole Austin, is one with deep stocks of older aging expressions. It is from this inventory a new single barrel offering that’s been aged at least 15 years is being unveiled.

The new George Dickel Single Barrel Aged At Least 15 Years, according to those behind it, is an older Tennessee whiskey that’s being made available to purchase by the bottle from retailers or by the barrel directly from the distillery. Those who order a barrel, noted the brand, “are able to add custom branding and messaging to their bottles and choose from the highest proof options that were stored in the top tiers of the warehouse. Those buying-by- the—bottle can expect to see a variety of proofs of the liquid at their retailers.” 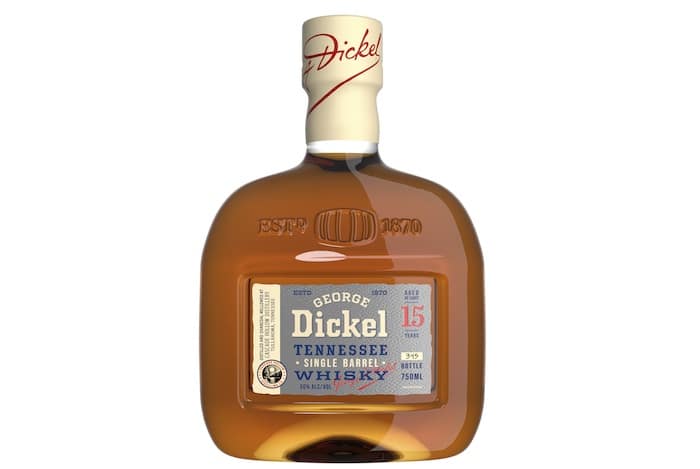 It is said that, starting now, this whiskey, by the bottle, is available for around $60 per 750 ml bottle. Initial states it is being rolled out to include CA, DE, FL, GA, TN, TX – additional markets will be added at the beginning of next year. As mentioned above, proofs will vary, with the range drifting between 40%-52.3% ABV. All barrels are bottled by hand with minimal filtering and little water added.

With regards to official tasting notes, these will vary as well given these are single barrel, thus going “from notes of vanilla, toffee and treacle to rich leather, saddle oil and wood, to a more delicate perfume of fruit or lavender notes. Color will be dark, rich leather brown from the many years spent in new American Oak.”

225
Shares
6.7k
Views
Share on FacebookShare on TwitterGet Our Newsletter
Get The Macallan® Rare Cask at ReserveBar. Shop now!