Legendary filmmaker Francis Ford Coppola apparently is not one for sticking to just the realm of directing movies. He is, as well, involved in a number of other passion projects, including a well received winery in California. Also in the stable of his family’s holdings is a spirits label known as Great Women Spirits, focused upon “crafting a collection of spirits as unique and remarkable as the women they honor.”

It is in this vein it recently launched a new straight rye whiskey named after a woman who was “the only female director working in Hollywood’s Golden Age during the 1920’s to early 1940’s” and also “the first woman to direct a sound film, ‘Manhattan Cocktail,’ in 1928.” 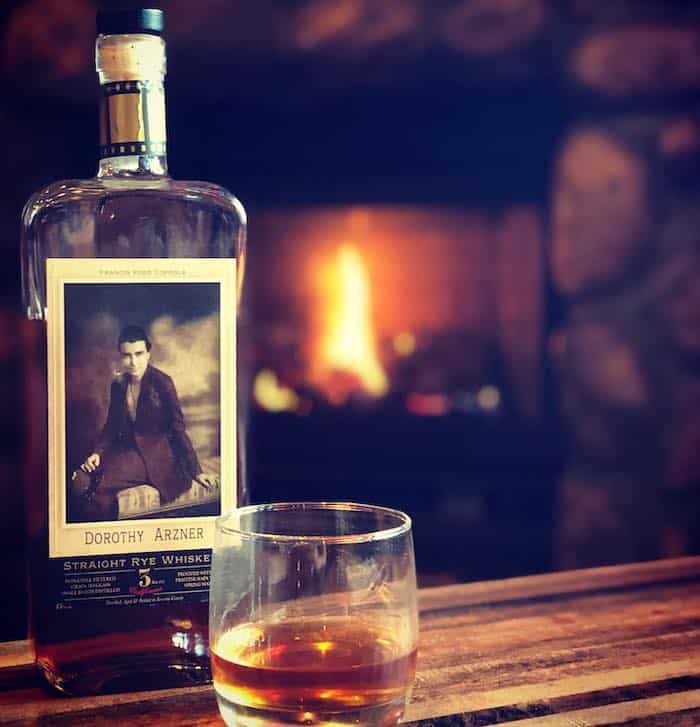 The new Dorothy Arzner Straight Rye Whiskey, according to those behind it, is a 3 year old straight rye whiskey that’s been produced by Great Women Spirits distiller Natalie Dale via a “grain to glass” technique. Made from a mash bill that’s 70% rye berry/rye malt blend and 30% malted barley blend (caramel and Munich malts), the whiskey is distilled twice on a hybrid still before being aged three years in 53 gallon American white oak barrels. Said barrels are kept in an un-insulated warehouse to allow for more natural aging conditions.

When the whiskey is ready for bottling, it is proofed down with Napa Valley spring water “from the family Coppola’s natural spring” at their home. It is then bottled at 90 proof (45% ABV).

As it stands now Dorothy Arzner Straight Rye Whiskey is out in markets already in California, Texas and New York for between $60 and $70 per 750 ml bottle. You’ll find some official tasting notes below, and it should be noted also that Arzner and Coppola have somewhat of a personal connection in that, after she left film directing, Arzner went on to teach at UCLA. It was there that “she taught a young Francis Ford Coppola and encouraged him to stick with film making when he was so ready to quit.”