Don’t Worry Too Much About Those Whiskey Tariffs

Unwelcome as it is, China’s tariff on American whiskey won’t cause much damage.

Exports are important to America’s whiskey producers. The United States exported $1.63 billion worth of distilled spirits products last year, most of it whiskey, most of it from Kentucky and Tennessee.

Less than $9 million of that came from China.

Naturally, whiskey producers would be happier with no tariffs. They would rather hear that China has dropped its existing 10 percent tariff on imported whiskey and opened up even more. China is a vast and largely untapped market for imported luxury goods such as whiskey. The industry has been talking about it for more than a decade, but not much has happened. A brief Cognac boom was stifled by President Xi Jinping’s anti-corruption drive. China’s domestic spirits industry is booming. 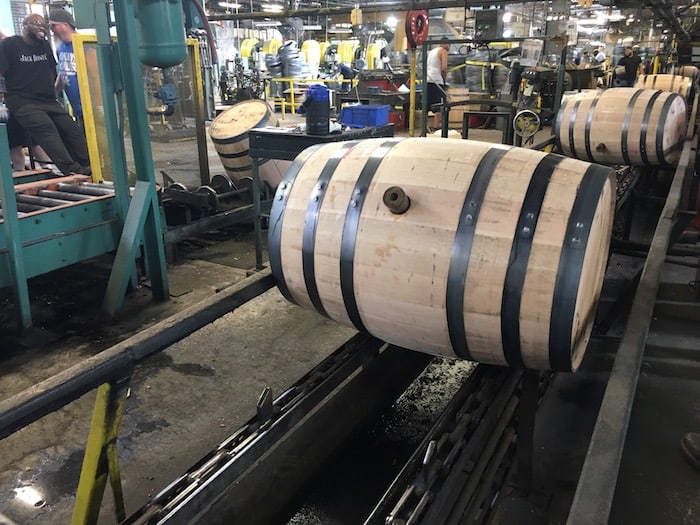 Unwelcome as it is, China’s tariff on American whiskey won’t cause much damage. (image copyright The Whiskey Wash)

Much more significant for whiskey producers would be retaliatory tariffs by Canada, the United Kingdom and the European Union. Canada is the biggest foreign market for American spirits at $198.2 million in 2017. Throw in our other NAFTA partner, Mexico (#9), and it’s $242.8 million. The U.K. is ranked second at $177.9 million. The five largest E.U. countries combined contribute $452.1 million a year. Those three trading blocks alone account for more than half of U.S. export income from spirits.

Pressure on sales to those places will hurt and hurt right away.

But even there, with supplies as tight as they have been these last few years, some easing of export growth might be welcome, at least in the short term. It would give producers some breathing space and allow them to build up inventories and pay a little more attention to the domestic market. It might lead to better retail availability at home and maybe even some price moderation, both of which would be welcomed by American whiskey enthusiasts, if not by producers. Isn’t that what ‘America First’ is supposed to mean, after all?

Longer term, and across the whole economy, tariffs and trade wars are mostly bad. The hit will fall hardest on American consumers but many U.S. businesses will suffer. Many Americans will lose their jobs. For producers and consumers, the United States always does best in open markets. That is an opinion, of course. You may consider me a free trader.

The desirability of open markets is even more clear with bourbon whiskey and Tennessee whiskey, because they must be made in the United States. They are products the world wants and wants now. We can’t miss our moment. Anything that makes it harder to satisfy worldwide demand for American whiskey is bad.

But if there are tariffs, we will deal with them, and try to make the best of it. When life hands you a lemon, you might as well make a whiskey sour.

Editor’s Note: This column is republished with the permission of its author.